Man made fruits and vegetables are actually more common than we might think at first.

There’s a lot of emphasis on ‘natural’ and ‘organic’ these days but a little digging shows us that what we eat today doesn’t really look like what our ancestors ate.

In fact, if you take a look at what you’ve got in your kitchen, you might just have a few (or more) of these food items stocked up. 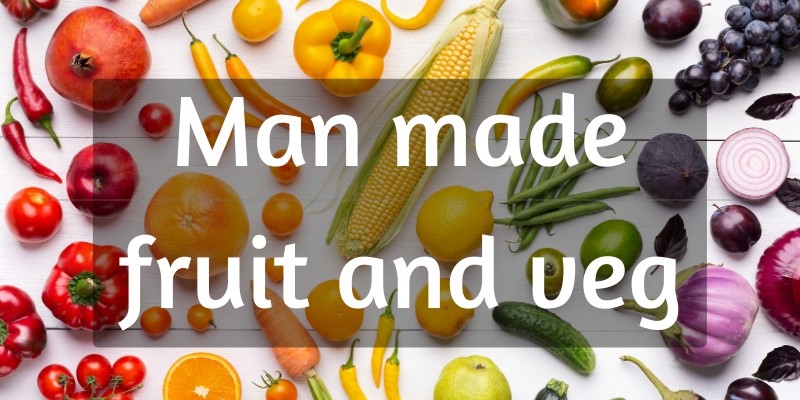 So what are man made fruits and vegetables ?

Man made fruits and vegetables are food items that have been purposefully crossed with similar species in order to produce better results.

Sometimes the crossbreeding was meant to simply produce another, different type of fruit or vegetable and have that internationally recognized as a separate entity.

Such examples are the many varieties of apples, of which some go beyond being just ‘better apples’, and straight into ‘different’ for the hell of it.

Tweaked and modified over centuries

Each fruit and vegetable we know today stems from their original ancestor, though very few of them are exactly as they were thousands of years ago.

Let’s tale the apple again, as an example.

An ordinary forest apple is very small, about the size of two olives. There’s not much to eat off of those, and if you’ve ever had them you know they’re sour and sometimes even bitter.

There are variants that are a little sweeter, so we as humans decided that we’d like some bigger, juicier, sweeter apples. Over centuries and lots of crossbreeding of different apple variants, we got to the ones we have today.

While breeding the new types, some folks have focused their apples to be tart, sweet, and crisp, giving or the Jonared. Those are always red (or predominantly red) and the most common apple in Europe.

Others have gone for more mellow, honey-sweet apples like the Golden.

Another option is the famous Granny Smith, green and crisp and bright. There’s so many more apple types out there and each of them can trace their ancestry to the original forest apple.

Then there are some foods that wouldn’t even exist, at all, today if we didn’t mess with different breeding programs. The broccoli comes to mind as one of the most famous. No broccoli ever grows on its own in the wild, it simply doesn’t exist.

For those who hate broccoli maybe this is a good thing.

Examples of man made fruits you might already have at home

There’s a lot of these fruits and vegetables that we’ve been eating for ages, and some of them might even be in your kitchen right now. Here’s a few examples, along with their original versions (where available).

Original bananas aren’t really edible. As in, they’re much smaller and harder than a regular banana, even smaller and tougher than a plantain.

The two ancestors of modern-day bananas are Musa acuminata and Musa balbisiana. One was fleshy but seedless which meant it couldn’t reproduce.

And the other was sweet but had so many seeds it was hard to eat.

So many thousands of years ago folks in Papua New Guinea discovered the crossbreed between these two banana types.

It’s the banana we know today, sweet and fleshy and basically seedless.

The trouble is that it cannot grow on its own, as it has no seeds. So we plant the bananas from shoots of the same plant, over and over again.

This means that this one banana plant has been replanted for thousands of years, and will continue to be so.

The most common banana cultivar today is the Cavendish, with large, smooth bananas and great texture.

Back in the 1950s, there was another banana type, that is now extinct. Named the Gros Michel, was sweeter and more flavorful than the one we have today but it was struck down by the Panama disease.

Since all the plants were the same, all of them died and a new banana variety was necessary. If this ever happens again, we might just run out of bananas.

All apples on this planet are descended from this one apple cultivar – Malus sieversii. This is the ancient apple that grew the mountains of Central Asia in southern Kazakhstan, Kyrgyzstan, Tajikistan, and Xinjiang, China.

This original apple has been brought to Europe and North America by colonists and traders, and as such it’s developed different characteristics based on climate and terrain.

Eventually each new version of apples got some distinct traits, which were then bred selectively until we’ve reached the 7500 apple cultivars we have today.

The forest apple – known as crab apple – is also a distant ancestor, though it’s a bit different from the crab apple plants we can find at the store today.

The original tomato plant is native to western South America, and the Aztecs were already using tomatoes when the Spanish came conquering. 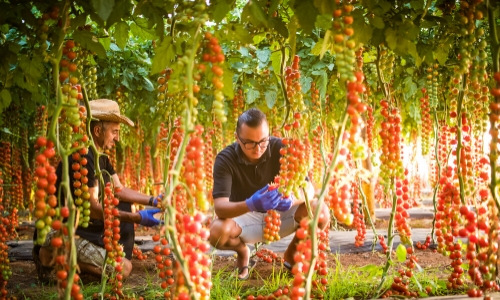 A very old plant and with a lot of history, it was brought back to Europe by Cortez and it became fairly popular but especially so along the Mediterranean coast – including Spain, Italy and Greece.

Nowadays there are many tomato cultivars, and the small yellow cherry tomatoes are the ones most similar to what Cortez bought to Europe.

Strawberries are another well loved hybrid plant, since they are the cross between  Fragaria virginiana from eastern North America and Fragaria chiloensis brought in from Chile.

Originally the strawberry grown for commercial use was the wild or woodland strawberry. It was very small, and a very bright red with great flavor. It’s actually still available today, but is found in the wild and barely anyone grows it anymore.

The strawberry we know today couldn’t be possible without these two original versions. The Chilean strawberry is where the large size comes from, and I think we’re all very thankful for large, juicy strawberries.

The garden strawberry – the one we know today – was already developed and bred all the way back in the 17th century.

These foods are all related, as odd as it may sound at first.

Their original ancestor was the  Brassica oleracea. It’s a plant that’s native to southern and western Europe, and it’s very resistant to salt and lime. No, not the fruit lime but the lime in limescale.

And this Brassica oleracea is actually a member of the cruciferous vegetable group, and it’s also distantly related to many veggies. We’ll get to that in a bit.

The reason the original cabbage plant is the ancestor is because its various parts are very easy to selectively breed.

For example the broccoli is derived from cabbages that were bred for their top parts, to be eaten as immature growth. The same is true for cauliflower.

Both broccoli and cauliflower had been grown in the form we know today all the way back in the Roman empire.

Brussel sprouts came about because some folks preferred the immature buds of the cabbage leaves, and in time came up with tiny, delicate cabbage heads.

These are just a few examples, the family of the Cruciferae genus is very, very large. The name comes from the latin word for ‘cross’, referring to the 4 petals their flowers have.

Are man made fruits/veg GMO ? 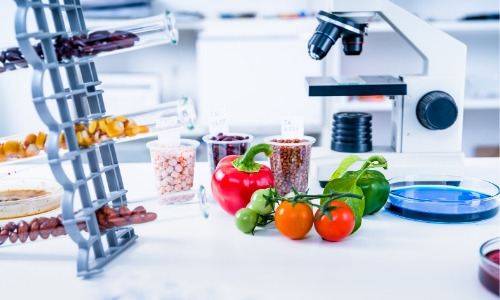 A very important question, since there is a lot of misinformation regarding GMOs and some folks get carried away when discussing this.

If you’re not sure what GMO stands for, it’s Genetically Modified Organism.

No, GMOs are a very different item and they are not man made fruits or vegetables.

At least, not in the sense that we are talking about in this article. A Red Gala apple is not GMO because it’s the cross between several apple varieties.

GMOs are the result of intensive lab procedures that isolate a specific gene from one species, and attempts to introduce it to another, different species. GMOs do not include processes that may occur naturally.

The main aims for GMOs are larger crop yields, better resistance to pests/disease, possibly different colors, etc. It sounds a lot like the goals of crossbreeding, yes, but there is a difference.

Where crossbreeding (i.e. man made fruits and veg) focuses on similar species or exactly the same species, GMOs are inter-species. Such as trying to obtain a blue rose by giving it the color range of blueberries. It’s an extreme example, but you get the idea.

This is a very sensitive topic and not one we’re going to dwell much on. In short, no, man made fruits and vegetables are not the same as GMOs.

Man made fruits and veg are actually really, really common. Most of the foods we find in the market today are modified and improved versions of the original plants, and with examples like the cabbage family it’s clear there’s a lot we can do with just one plant.

Whatever we’re putting on the table today, we should be thankful for the many botanists and naturalists that took the time to change vegetable and fruits to the ones we know today.

Otherwise we might not have any viable bananas today, or any kale to annoy our kids with. That’s a serious thought right there.

If you’ve got any food curiosities be sure to check the related articles below, I’m always adding more food facts to make your life that much easier.

What Do Mushrooms Taste Like ? Here’s What We Know

How To Buy Rhubarb – Tips On Buying & Storing Rhubarb

Mangosteen VS Mango – 4 Differences Between These Amazing Fruits