Vanilla extract is pretty much everywhere and in everything. It’s so ingrained in our everyday life we don’t even notice it’s there. Exact when it’s not there, and we notice something’s missing, but we’re not sure what. It blends in with everything and we all know what it smells like.

But what does vanilla extract taste like ? Does it taste as great as it smells ? And what’s this about beavers ? All this and more, coming right up ! 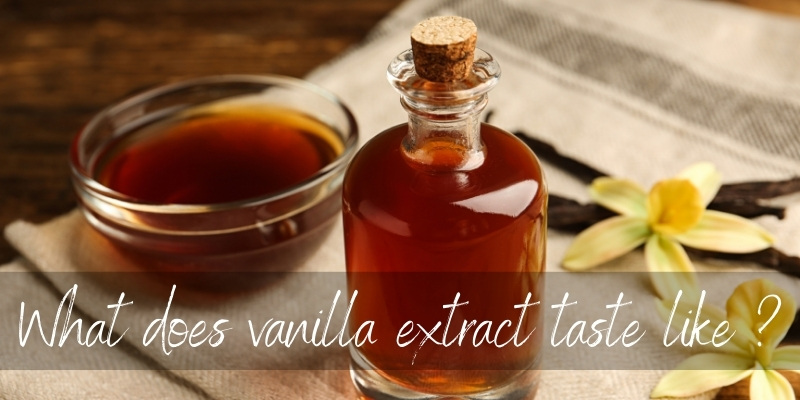 Vanilla extract tastes bitter by itself, but combined with the other ingredients in the cake gives everything a balmy, floral aroma. Vanilla by itself has no discernible taste, it needs something like carbohydrates (sugars and breads) to fully develop.

Despite vanilla extract tasting bitter, it does not turn the entire cake bitter. You only need a little at a time, since this is a very powerful  aroma. The bitterness will not be noticed, only the scent and overall aroma of vanilla.

Why does vanilla extract taste bitter by itself ?

Vanilla extracts that are clear and have no color are artificial extracts, but will perform just as well in as the original. This is not a rule though. You can easily find artificial vanilla extract that have been colored or have caramel coloring added.

Is vanilla really made from beavers ?

No, vanilla extract that is meant for human consumption is not made from beavers. There is such a thing as castoreum, which is a natural secretion from castor sacs of mature beavers. It smells similar to vanilla extract, but it not the same thing.

However castoreum is mainly used in the perfume industry, and in some alcoholic drinks in Europe. It is listed by the FDA as a safe food additive, but it hasn’t really been used since the early 1900s.

Read also: Why Is Vanilla So Expensive ?

Can you get drunk from vanilla extract ?

But it has such a prohibitive price and comes in bottles so small it’s very unlikely you will actually drink enough to get drunk. It should still be kept out of reach of small children, since they react to less alcohol than adults.

What you will find in supermarkets is artificial vanilla extract, which has a very low alcohol content (2-3%), only meant to preserve the aroma for longer.

Vanilla flavor can be made better, and more intense with the use of a bit of bourbon or rum, vanilla bean paste, coconut, or simply simmering the vanilla pods along with the beans inside.

Keep in mind that vanilla needs some sugar to bring out all its notes, so always use at least a bit of sweetener. It also benefits from a bit of fat, so butter or cream or even just milk will make vanilla stand out more.

Most of the vanilla flavor is in the tiny black seeds in the vanilla pod. So if you’re using such a pod, cut it length-wise, scrape out the tiny beans, and place them in a small glass. Add a bit of granulated sugar, and mix/rub/mash them together. This way you can extract even more flavor, and you can then use this sweet paste in whatever you’re cooking. Remember to use the outer skin of the pod too !

Sometimes you’re out of vanilla. While that doesn’t happen often, because you may have at least some vanilla extract stashed somewhere, when it does happen you’re at a loss. This is such a basic flavor that it’s difficult to go forward without it.

There are a few substitutes you can use that will mimic certain notes in vanilla, but will not give you the full experience. Still, they can be good enough to get you a passing grade. Let’s take a look.

Maple syrup is sweet, balmy, and may remind you of a nutty vanilla kind of flavor. While it’s not true vanilla, it’s still a great replacement for vanilla extract if you have absolutely nothing else. 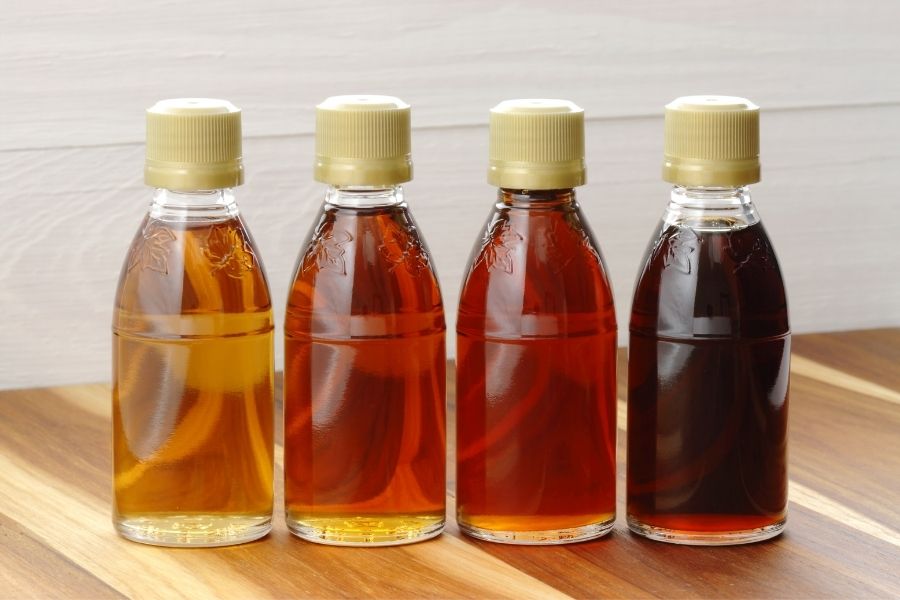 Cinnamon is spicy compared to vanilla, but still offers you something to flavor the dessert. It may limit what you’re baking, or it may bring out your creative streak.

Rum extract is a far cry from vanilla extract, that’s true. But it’s still a very strong, perfumed kind of extract and it will work in a pinch. If you’re making something with chocolate or cocoa, rum will go wonderfully with it. Throw in a bit of coconut and you’ve got yourself a crowd pleaser !

If butter is an option, definitely add a bit more. It will give your dessert a beautiful backdrop note for the others to shine upon, and you may even be forgiven for the lack of actual vanilla.

How important is vanilla extra, really ?

After all this, let’s take a moment to think about this extract. Can you ever skip it in a recipe ? As we can see, substituting vanilla is difficult and it does not yield the same flavor or aroma.

In our opinion, vanilla extract is crucial in every recipe it is called for. It’s there to be both a base and a high note, it’s what every other flavor stands on and without it desserts would simply be sweet and a bit flat. It’s what provides contract to so many other flavors.

One important note: if you’re cooking or baking something with a lot of flavors, skipping vanilla is not a crime. As long as you have another blanket-like flavor (say rum or hazelnut or almond) for the other flavors to contrast, it’s perfectly fine to skip it. It’s the simple, few ingredient recipes that absolutely need the vanilla when they ask for it.