Radishes are perhaps not the most common vegetable on our plates, but half the reason for this is its on again, off again spiciness. Radishes are delicious in their own way, but they sometimes have an unexpected kick that can completely catch you off guard. So let’s see why radishes are spicy (when they are) and what we can do about it. 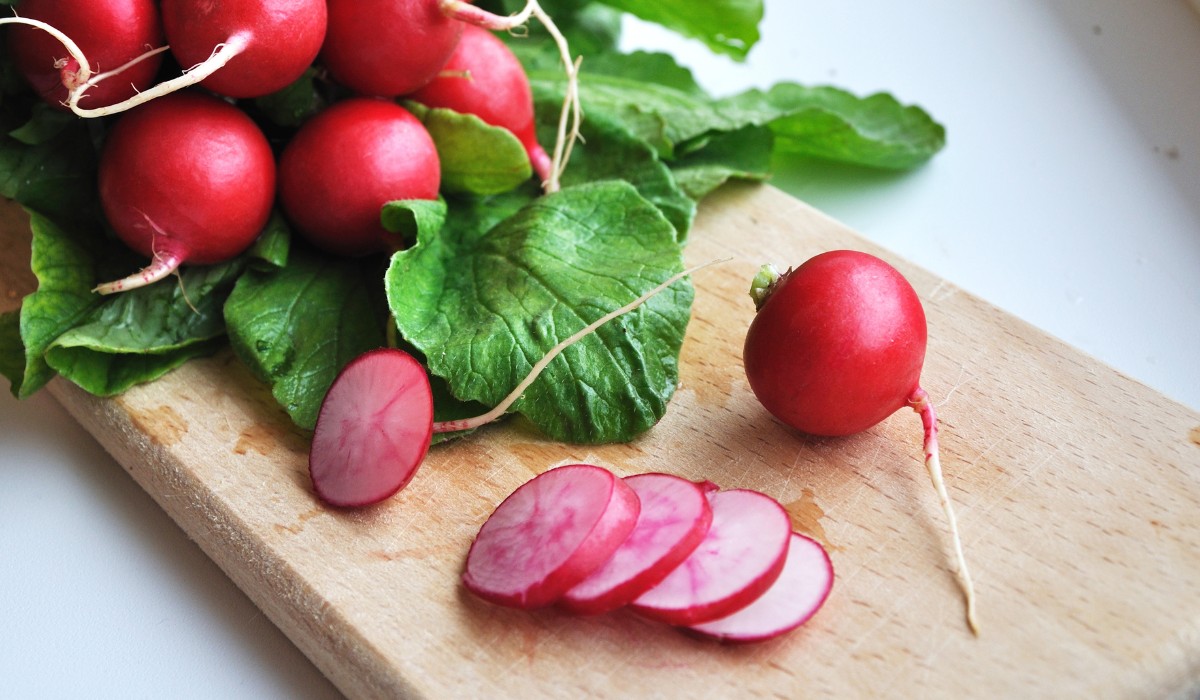 Table Of Content show
1 Why are radishes spicy ?
1.1 Poor growing conditions can affect radish spiciness
2 Can you make radishes less spicy ?
3 How to pick out good radishes
3.1 Smaller radishes are younger
3.2 Red radishes are spicier, Daikon are milder

Why are radishes spicy ?

Radishes taste spicy because they contain a mixture of glucosinolate and myrosinase, together forming allyl isothiocyanate. This is part of the radish’s defense mechanism, and it’s activated when the radish root is damaged. Radishes are related of the cabbage family, and all cabbage-related plants have a pungent, spicy kick to them to ward off predators. The older or more mature the plant, the stronger the kick.

Most of the spice you sense in a radish is not related to capsaicin (like hot peppers) or piperine (black pepper). It’s in fact more closely related to mustard oil! That strong heat that feels acidic, sharp, and like it’s melting your airways, that is mustard oil. This defense mechanism is activated when the root of the plant (in this case the radish itself) is damaged through cutting, chewing, or any sort of damage.

The good ol’ Brassicaceae family, including but not limited to: cabbage, broccoli, cauliflower, mustard, brussel sprouts, horseradish, and asparagus. You can always count on them to give you an unexpected kick. Not all members of the Brassicaceae will have a kick to them, and not all of the kick the same.

For example radish, horseradish, and wasabi have the same kind of kick, but with varying potency. At the same time radishes closely resemble the core of a cabbage, as does the core of a brussel sprout. But where radishes are spicy, brussel sprouts are bitter. They all work differently, depending on which part of the cabbage they’re originally related to.

As with every plant under the sun, poor growing conditions can influence the final flavor. So radishes that have the misfortune of poor growing conditions might just end up spicier. Radishes need plenty of water, and moderate to low heat. So if there is ever a drought, with full sun, high heat, and no water for weeks, then the radishes will come out spicier than usual.

Conversely, radishes grown in a very cold season will be milder. A cold snap may arrest their development though, so a nice cool but not freezing weather is preferable.

Can you make radishes less spicy ?

You can take out most of the heat in a radish by peeling it, cutting it to size and shape, and then dunking it in ice water for several hours. A good amount of the compounds that make radishes spicy are in the peel, and removing the peel will of course remove a lot of pungency.

Soaking the cut up radish in water will slowly leech some of the spiciness. And you need it to be ice water (or very cold water) so the radish stays crisp and doesn’t soften as it sits in the water.

How long you have to keep the radishes in the water is up you your preferences and how hot the radish is. I recommend you taste one of them first, and assume they’re all similarly hot. The longer the sit in the water, the more spiciness is leeched. For some radishes 2 hours are enough, other may require 3, or 5, or more hours. It’s a good idea to taste one after an hour or two, to see how far along they are.

Another method to reduce the spice in radishes is to roast them. Again, peeling is going to be a lot of help here, but taste a radish or two before peeling all of it because it might not be that spicy to begin with. 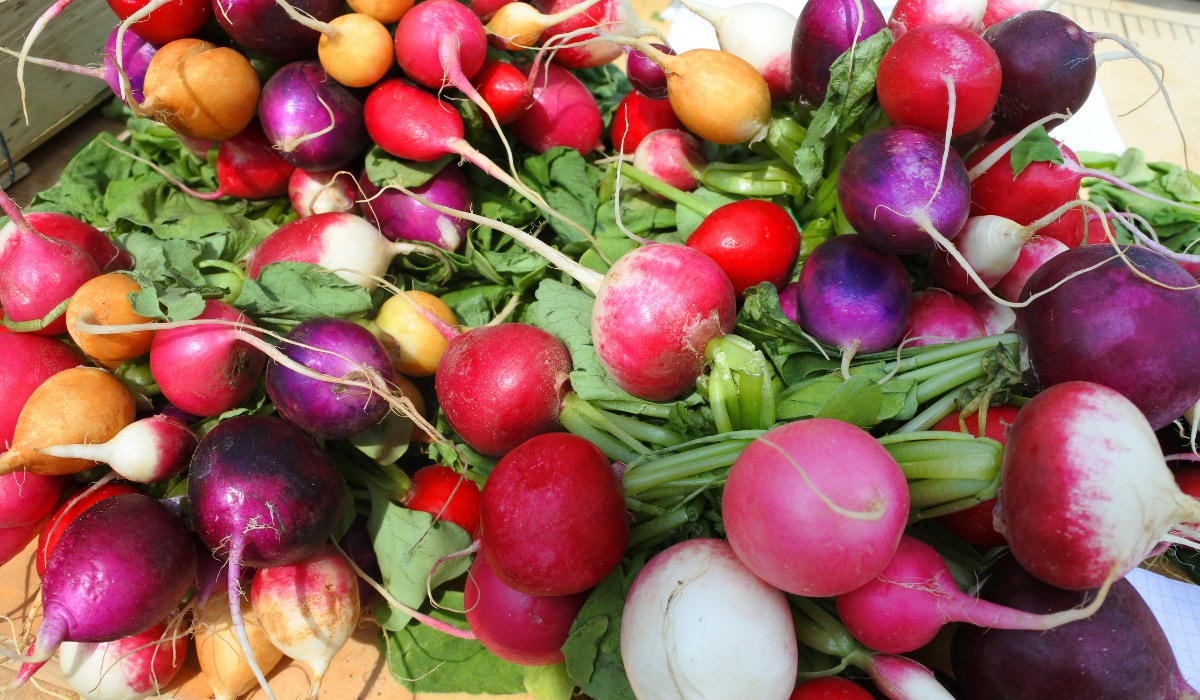 How to pick out good radishes

The secret to reducing the heat in your radishes is, of course, picking out good radishes. However your radish selection is limited to whatever you find in the grocery store, so sometimes you won’t have a lot of wiggle room. Here’s what you should look out for.

This means tender skin, less bitterness, and less pungency. They’re still flavorful but not as sharp as an older radish. Smaller radishes will generally be the red ones, with a rounded or vaguely oval body. The white ones are just as good, but they are just a tiny bit milder.

In both cases (red or white) you need to avoid buying older radishes, with tougher skin. You can generally see the tougher ones by looking at their skins and pressing them with your thumb. Fresh young radishes are as crisp as an apple, an apple with a very thin skin. Older radishes or those that have been sitting out for a while will have slightly leathery skin that will have a bit of give.

Not all radishes are equal, and each radish variety tends to differ a little in flavor and heat. Two of the most common radish types on the market are small round red European radishes and long white Japanese daikon radishes.

Red radishes tend to be spicier than daikon radishes, even if takes daikon much longer to grow to full size and be ready to harvest. Red radishes are generally ready within a month of planting, while daikons take several months.

So if you’re looking for a radish that’s definitely on the milder side, consider getting a daikon radish. These are fairly long and thick, so you may have 2-3 salads’ worth of radish right there.