Cabbage is a very old vegetable and it’s actually the mother of a lot of vegetables we tend to think are healthy, like broccoli, cauliflower, radishes, asparagus, brussel sprouts, and so on. While its derivates are often sulfur-y but delicious, cabbage can be overwhelming, both in smell and flavor. Today we’re looking at why cabbage is spicy sometimes, as well as why its smell so unpleasant when cooked. 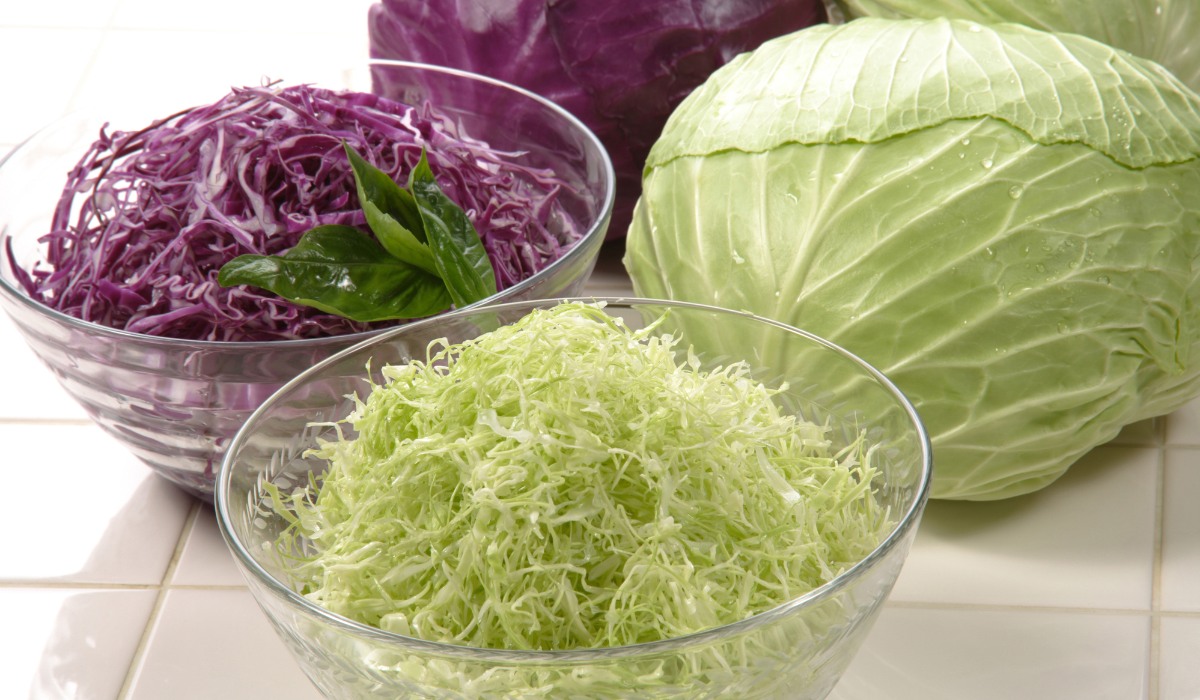 Table Of Content show
1 Why is cabbage spicy ?
1.1 What is cabbage supposed to taste like ?
1.2 How to remove spiciness from cabbage
2 Why does cabbage smell ?
3 Can you keep cabbage from smelling when cooking ?

Why is cabbage spicy ?

Cabbage can get spicy and a bit bitter because it contains glucosinolates, which are present in most Brassicaceae family plants, which includes the cabbage. Glucosinolates are activated when the plant takes damage, such as cutting the cabbage, cooking it, biting into it and so on. It’s the plant’ defense mechanism, releasing a pungent smell, along with a spicy and bitter flavor. Most of this flavor is found in the seeds and the core of the cabbage.

You might know glucosinolate as the precursor to mustard oil, because mustard oil is the result of the glucosinolates mixing together as the tissue of the plant takes damage, forming isothiocyanate. Various Brassicaceae plants have varying degrees of glucosinolate, so some of the will have more of a kick than others.

Famous examples are the horseradish and the wasabi, both of which end up with high amounts of mustard oil, which is responsible for the brain-melting pungency. Cabbage just so happens to have less of this.

Raw cabbage is supposed to taste mildly vegetal, earthy, vaguely sweet, with a bit of bitterness at the end. It’s not supposed to be overwhelming or pungent, but it can get spicy and too bitter when the cabbage had poor growing conditions.

Cooked cabbage will taste very similar to the raw one, but with a more pronounced sweetness, and less earthiness.

And if you’re wondering if there’s a difference between white, red, flat, and Savoy cabbage in terms of spiciness, no, there isn’t. All cabbages are prone to this, and the vast majority don’t end up spicy or bitter. But if it does happen, it could be any cabbage crop or variant.

So in short, if your cabbage is spicy and bitter, it’s not supposed to taste like that normally, but it can happen when the conditions aren’t right (such as a drought).

How to remove spiciness from cabbage

You can make your cabbage a bit less spicy, and this is done mostly by removing the core of the cabbage. This is something that you may want to do even if you’re not trying to remove spiciness, since it’s much easier to eat raw cabbage (even shredded) without the core. The core is so much denser and harder to chew through than the leaves, removing it really helps. 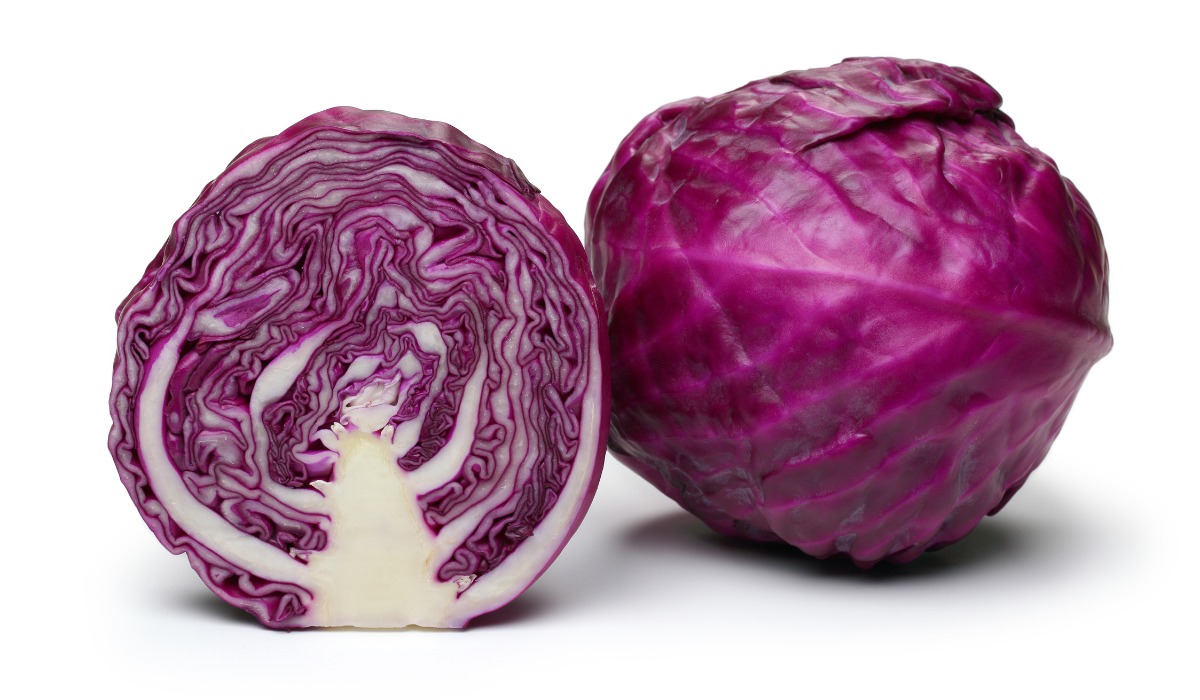 Another way to remove the spiciness is to cook the cabbage, again without the core. Raw cabbage has a much stronger pungency and bitterness than cooked cabbage, so if you don’t mind the difference in texture consider cooking the cabbage.

Read also: Why Are Radishes Spicy ?

Why does cabbage smell ?

Cooked cabbage smells because the sulfur compounds are activated and multiplied due to heat and damage to the plant cells. Much like sauteeing onions, cooking cabbage is always going to smell like sulfur. Raw cabbage doesn’t smell, it’s the cooking/heat that activates the sulfur in cabbage.

Can you keep cabbage from smelling when cooking ?

Cabbage will always end up smelling during cooking, since it releases sulfur compounds as the plant cells break down. The only way to mitigate this is to use something with a tight lid, like a slow cooker. But as soon as you open that lid, the cabbage smell will be all over the place.

No, cabbage will smell as it cooks, no matter what you add into the water or near the pot. It just does its thing, and you can’t help it, and here’s why. When the cabbage releases sulfur, nothing you add to the cooking water will help. I’ve seen people suggest adding lemon, bread, milk (??) to cooking cabbage just to limit the smell. Not only do those things not limit the smell, but imagine the taste of cabbage cooked with milk, or a piece of bread.

The only thing that will help is adding nitrogen (so the sulfur will bind to it), which is far easier to do in the air than in the cooking water. I’ll get to that in a minute.

You can’t do much about cabbage smell as it’s actively cooking, since the issue is very similar to cooking onions (sulfur). But what you can do while cooking is air out the cooking area as much as possible. If you have a vent, turn it on max while you cook.

You can then freshen up the air further by heating something very aromatic, such as citrus peels, cloves, cinnamon. If you choose to freshen the air, don’t microwave these aromatics ! The best method is to gently heat them in a clean/dry frying pan. You want the heat, so it releases the aromatic oils faster. But you don’t want to cook these, just let them get warm and then cool off on their own.

Or, if you have one, use a diffuser with one or any combination of these aromatic oils, and you should see dramatic improvement. Citrus, cloves, and cinnamon cut through any heavy, dense smell with no problem. 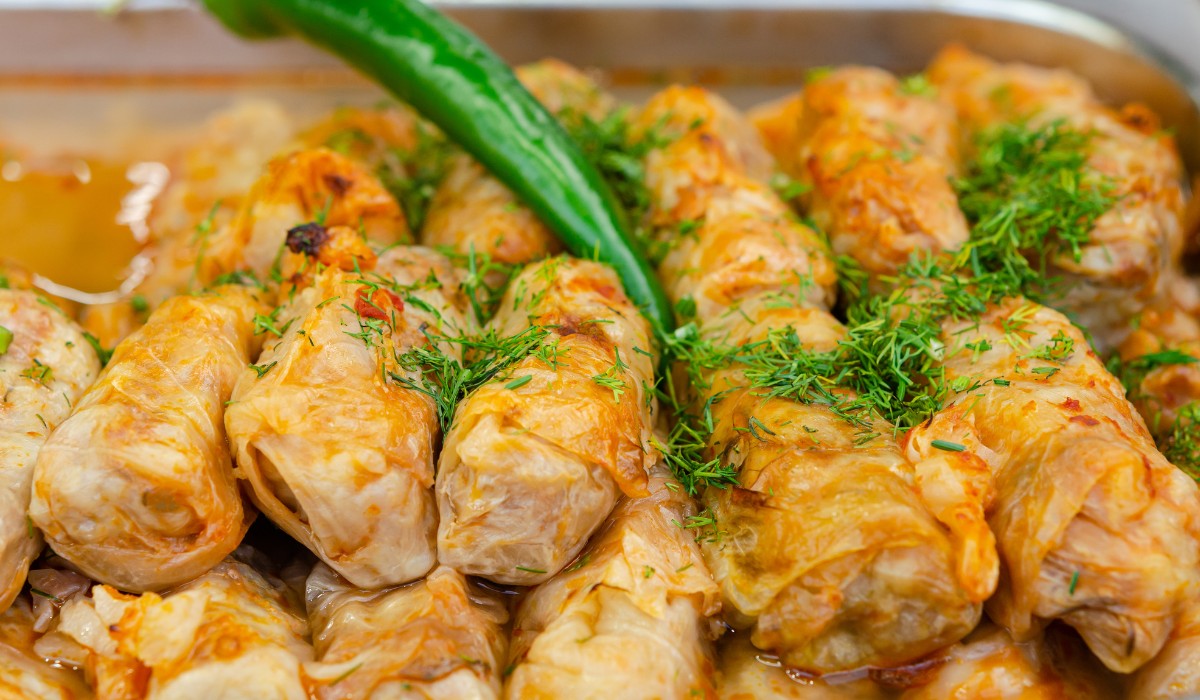 Main reason we cook cabbage in the winter – sarmale, a holiday staple. The debate of fresh vs pickled cabbage for sarmale has torn families apart (pickled is superior). The smell is the same though, so no one wins there.

Where we live (Romania) cabbage is a common food item, and it’s commonly cooked in the winter, when temperatures are way below zero and keeping windows open is… well, no one likes cooking in the cold, do they ? This is why we use the coffee and aromatics, along with keeping the vent on max at all times when cooking.

Hopefully you won’t let the smell of cooking cabbage keep you away from this vegetable. It’s incredibly reliable and can work in many dishes, provided you like the flavor in the first place. While we do cook cabbage in the cold season, the rest of the year we’re avid fans of a cabbage salad similar to coleslaw. Just very finely shredded cabbage, mixed with salt, vinegar, a dash of cooking oil, and optionally a dash of sugar. Add a bit of fresh dill, and julienne onions, and you’ve got a really simple but refreshing salad that can go with basically anything.