Raspberries are everywhere and anytime, no matter where you are. They come in those little plastic packages and they always look absolutely adorable. Until you bring a pack home and are disappointed, each year. Why ? Because they’re almost always sour, and pretty much tasteless.

So why are raspberries sour ? And are the commercial ones really that bad ? Are home-grown raspberries that much better ? And suppose you do find good raspberries, what can you pair them with ? All that and more, coming right up ! 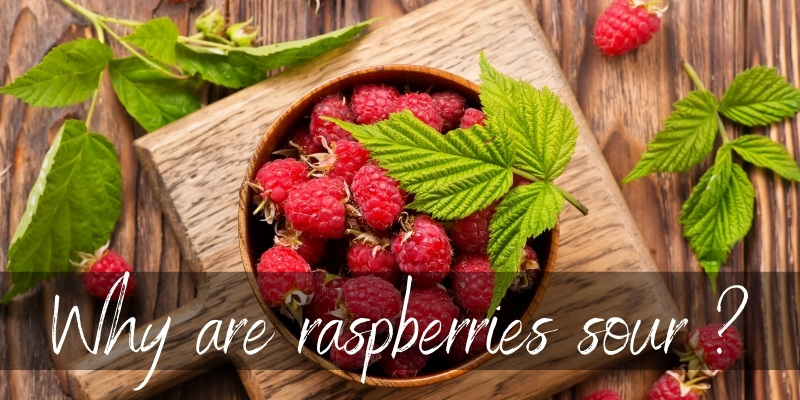 Why are raspberries sour ?

Raspberries are sour because, like most fruit, they contain a small amount of citric acid. They also have a low sugar content, lower than most fruit, meaning it’s harder to detect their flavor in some cases.

There are raspberries that taste delicious and grow big and juicy, but they rarely ever make it off the farms. This is because ripe, delicious raspberries are so fragile they break apart as you pick them, never mind transport !

So you’re most likely left buying commercial raspberries. Well, there’s a few hiccups with those, and we’ll explain why.

You have to understand that for most commercial crops of any fruit or vegetable, profit comes first. This means large yields of good-looking produce, that will hold up during transport. Flavor or sweetness is not the main concern, at least not until the perfect version of produce is bred by someone, somewhere. Until then, the flavor takes a backseat, as you’ve clearly noticed with tomatoes.

Read also: Why Is Vinegar Acidic ?

Commercial raspberries are no different. They are picked when slightly immature, so they hold up during transport. Even so, they still don’t hold terribly well so they have to be sold not very far from the farms. As in, not more than a couple of hours outside the farm, most likely at a supermarket.

And not everyone lives in a climate good for growing raspberries, meaning that what you’re getting is likely a hothouse raspberry, especially if it’s January or something unreasonable like that. This is reflected in the lack of flavor, and lack of sweetness.

So when are raspberries in season ? At the beginning of summer, or just when spring ends. There are also varieties that continuously produce fruits as the summer progresses, but it’s in lower yields.

Aside from the hothouse raspberry issue, there is the fact that raspberries just aren’t that sweet. They’re not really tart either, though they can get sad and sour if the plant is not fed and watered properly.

Raspberries have a deep, almost bitter flavor that is similar to grapefruit (without the bitter white part). It’s a flavor that’s hard to explain, but if you’ve ever had a grapefruit you know what we mean.

So just how little sugar do raspberries have ? Let’s compare a few berries and some other fruits, per 100 gr of raw fruit:

Notice how most berries, including raspberries, simply don’t have that much sugar ? Blueberries seem to have the highest sugar content, but even those are often iffy.

And you’ve likely bought berries before, and were disappointed by them, just like raspberries. Unfortunately this is a common issue that has no workaround, aside from growing your own and doing your best to get them sweet.

Let’s assume you’ve somehow gotten your hands on some good raspberries, or you’re making some sort of raspberry sauce or jam. This means the raspberries are a bit sweet, and the flavor will be definitely noticeable. What can you pair these red gems with ? Here’s a few ideas, both for fruit and for jams.

You can easily add raspberries to a fruit salad, but did you ever consider adding them to a savory salad ? They work very week in salad with a bit of chicken breast or shrimp, something with grilled meat, and may also include some mild cheese.

If using raspberries, cut back on the tomatoes because they will overpower them. 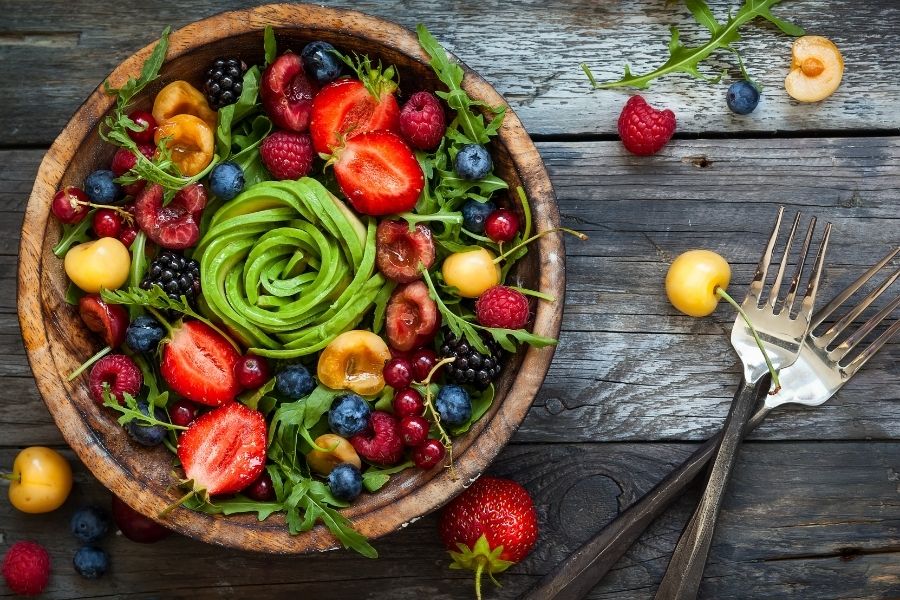 Add some raspberry sauce to any roast meat, especially red

Raspberry sauce, lightly sweetened, is a great way to spruce up some nice red meat. It could be a roast, a grill, pan-seared, anything. It can even be white meat, like chicken or fish.

Use raspberries in place of blueberries in muffins

If you replace the usual blueberries with some raspberries, you’re going to get some really interesting muffins. We recommend you break the raspberries apart, instead of leaving them whole. Or you can crush them and mix them into the batter, aiming for something like a marble cake.

Mix some raspberry sauce or jam into a brownie mix

We all love brownies, right ? Well, mixing some fruit into brownies is always going to make them better, and raspberries just happen to go oh so great with chocolate. It’s better to use a sauce or jam for the mix, but you can use whole raspberries if you like.

Just be prepared for all those seeds, unless strain everything through a mesh sieve and pick out the seeds.

Serve some raspberries with a cheese platter

Raspberries on a cheese platter are really delicious, and they go great with just about any kind of cheese, even blue cheese. Raspberries aren’t as sweet as figs or grapes, but they have a fresh aroma that makes everything better.

Or, serve raspberry jam instead of fresh raspberries.

You may want to add a herb or two to that mix, no matter what you’re adding raspberries to. Or maybe you’re making a raspberry lemonade ? In any case, fresh herbs are absolutely the best. Mint is a classic when it comes to raspberries, and it’s great for a sweet dish.

Basil is a newer idea, at least for most people, but it’s close in flavor to fresh mint, minus the menthol. This one may go better if using the raspberry for a savory sauce.

And rosemary, when fresh, just makes everything better. It cuts through the game flavor and it makes lemonades mmmm that much better. So go ahead and give them a try !