Fried rice is an amazing meal, it helps you round up the leftovers and is also delicious. For many people it’s a comfort food, and it’s now a very common street food all around the world, not just Asia.

But is fried rice ever really fried ? How did it get its name ? After all, for something that’s called fried there’s an awful lot of missing crunch and golden brown. Plus how do you even fry rice grains ? It turns out reality is a little different from the name, but not too far off. 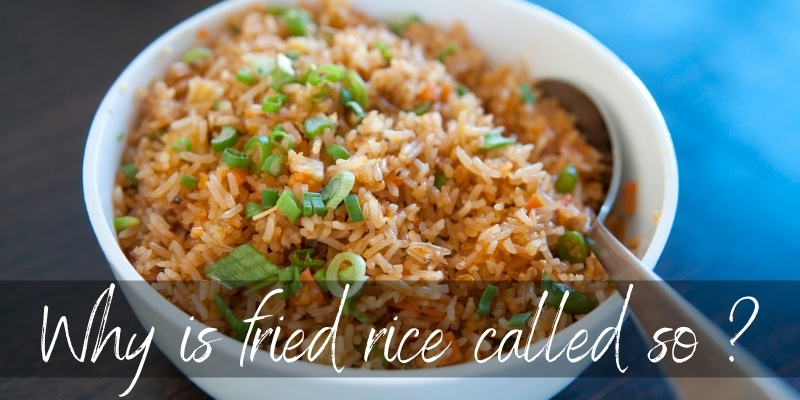 Fried rice is called fried rice because it uses oil to lightly sear the ingredients, including the clumps of rice. It does not cook the same way as fried meat or vegetables, but it’s very close.

When making fried rice you need a small amount of rice and a blazing hot wok. Each ingredient is seared and them removed from the wok, until finally only the rice is added last, by itself. This last batch of rice is given time in the wok to work up a thin crust, and it’s then lightly mixed ever few seconds.

And of course the English name is a direct translation of its Chinese name. While fried rice is common throughout Asia, it was made famous in the West by Chinese immigrants. As a result it’s now known as more of a Chinese food than an Asian food.

The rice is usually fried in oil, but not deep fried. The oil in the wok should only coat the cooking surface so the rice will not stick, it should pool. This definition may or may not suit your frying style. If for you something fried is always deep fried, then fried rice would not count as fried.

But it uses a fair amount of oil on all ingredients and allows everything to crisp up a little, so in our opinion it may be considered fried.

Should fried rice be crunchy ?

Some bits of fried rice may be crunchy if done right. Since the rice is meant to both heat up and actually fry a little in the oil, it should have crunchy parts but not as satisfying as fried bacon or chips.

If your fried rice does not come out crunchy, it’s not necessarily a bad thing. It’s better to have a less crunchy rice than a very greasy one. The likely culprit for non-crunchy rice is not frying it enough and/or crowding the wok.

You see, if you don’t have a wok you may use a wide, shallow pan but you will easily crowd that kind of pan. A wok lets you move the food around and allows a large amount of heat to be distributed all over the place. It also allows you to stir the food without worry that it won’t fly over the edge.

Fried rice is a way of using leftovers

You make your fried rice however you want. But frying always gives food a more delicious flavor, due to the Maillard reaction. It’s a sort of caramelization that produces that nice browning effect. 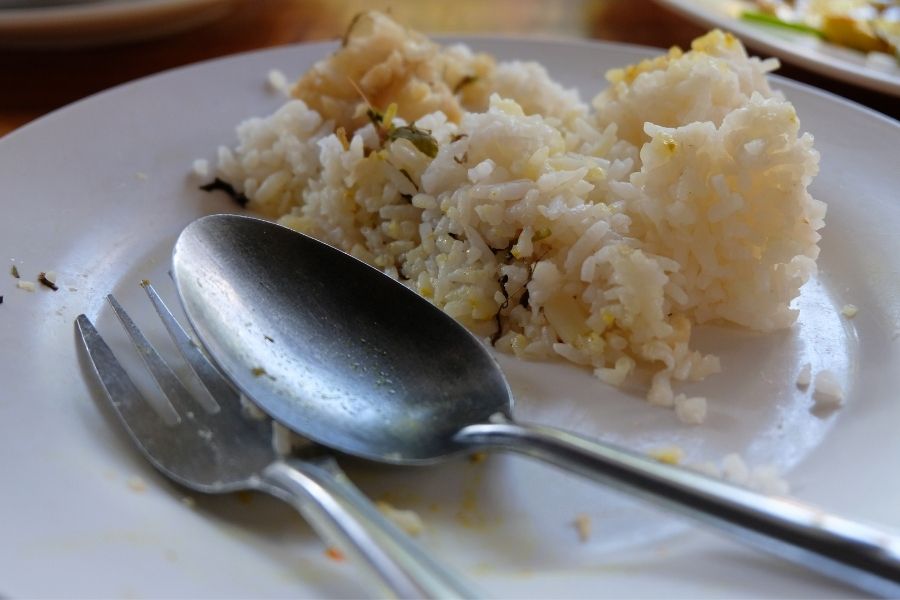 Another important point about leftovers: they may be harboring bacteria. And once you heat food enough, you kill off said bacteria. Now it’s unclear if the ancient Chinese knew this or they simply liked the taste of fried rice, but it’s the go-to way of making this dish.

The result is that any Bacillus cereus that the leftover rice may be harboring is deactivated through the frying, and this goes for the rest of the ingredients in fried rice.

Read Also: What Is Rice Pilaf ?

Why is fried rice bad ?

Fried rice may be considered bad because it has a much higher calorie count that non-fried rice. If you were to simply use freshly steamed rice and plate the ingredients together, you’d end up with a lower calorie meal.

The problem is that the rice is fried, which brings a lot of fat through lard or oil. However when we look at all the fat-heavy foods we usually consume, fried rice seems innocent. Well, it’s not, but it’s also not as damning as a slice of delicious pizza with all the toppings, or fast food.

It’s really up to you if you want to consider fried rice junk food. We don’t, and it’s mostly because we make our own at home. This means we know exactly what goes into that rice, and we know all the ingredients are safe for us. You can also make home fried rice delicious without it being very greasy or having all that oil.

The key in fried rice is letting it sit in that wok until it gets crisp around the edges, then mixing it a bit and letting it sit some more. You can do that at home too, as long as you’ve got a non-stick pan. We recommend using at least a bit of oil, simply to prevent smoke. Do not use olive oil, especially extra-virgin olive oil. It will born and turn bitter when subjected to all the heat a wok can muster.

You may skip the cooking oil and make your rice without it, and imply drizzle a bit of sesame seed oil on top before serving. And there you go, a less bad version of fried rice.