We all hate the bitter taste, especially when it comes from something that is not supposed to be bitter, but why is ginger bitter sometimes and most of the time isn’t.

Well, in this article, we will discuss if that’s normal or if you should throw away the ginger if it tastes bitter.

For some vegetables, the bitterness comes from their chemical composition and is like a defense mechanism. We discussed more about why is eggplant, cabbage, or kale bitter in those articles. But is it the same for ginger? 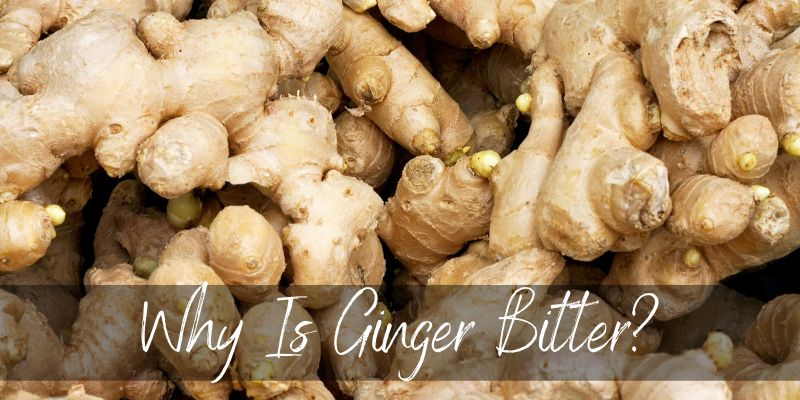 Table Of Content show
1 Why is ginger bitter?
2 Is it safe to eat ginger that tastes bitter?
3 How to get rid of the bitterness of ginger?
4 How to know if ginger has gone bad?
5 Conclusion

Why is ginger bitter?

Ginger, is not supposed to have a bitter taste if everything is fine with it. However, if it’s old, overripe, or going bad, it can taste bitter.

When it comes to cooked ginger in a recipe, the bitter taste most probably comes from the burned ginger, it is heat sensitive, so it will burn quite fast if it sticks to the bottom of the pan. You will have to frequently stir food with ginger as an ingredient to make sure you don’t end up with burnt ginger.

The ginger taste is supposed to be spicy and citrusy, not bitter, and the texture should be firm and crunchy.

One more thing, ginger can taste bitter because it wasn’t peeled and cleaned properly. If it has any dirt on it and you don’t cut it properly, the dirt can get into the ginger and give a weird bitter taste. So make sure you peel the ginger and wash it before cutting with the knife.

Read Also: Is Ginger A Fruit Or Vegetable?

Is it safe to eat ginger that tastes bitter?

Eating ginger that tastes bitter shouldn’t affect your health if the ginger has not gone bad already. But old ginger will not taste as good, so you will not get what you want out of your ginger.

I would throw away ginger that tastes bitter since it is not fresh. However, if you don’t want to waste it or you really need to use that ginger, there are a few ways to reduce or remove the bitterness from it.

How to get rid of the bitterness of ginger?

The best way to get rid of the ginger bitterness is to add some sugar, stevia, honey, or other sweet ingredients when you cook with it. 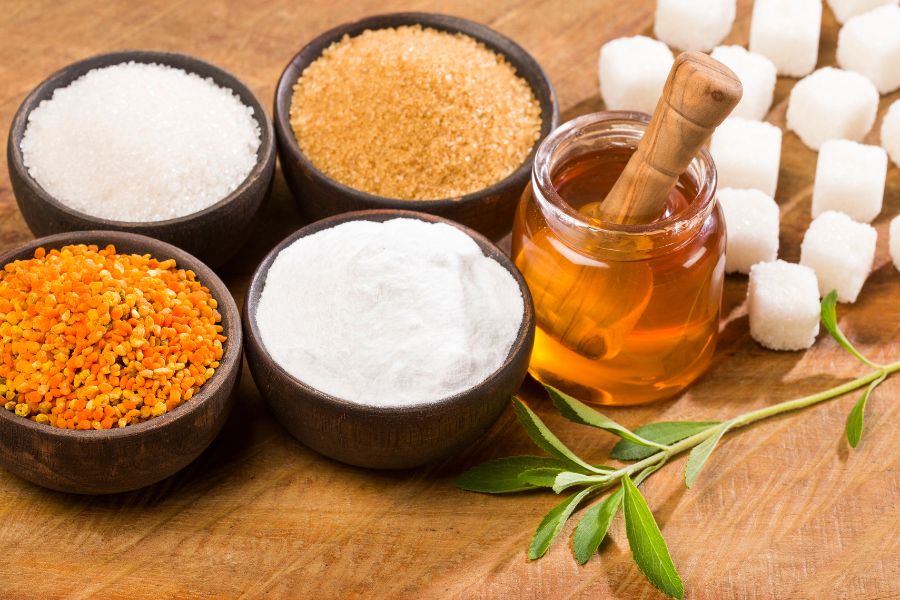 You can also peel the ginger, cut it into pieces, place it into a bowl and add some sugar. Then toss it very well and let it for 30 minutes in the fridge for the sugar to dissolve and get into the ginger.

Of course, this way, you will get a much sweeter taste from your ginger than it normally has, so this method might not work for everybody, especially if you are on a diet.

Some people add some vinegar or lemon juice to ginger that is bitter to remove its bitterness, this can work as well, but you have the same problem, the taste will not be the same.

Cooking with ginger should remove a bit of its bitterness without adding extra sweet ingredients, but this depends on how bitter the ginger was, to begin with. If it was way too bitter, you might need to tame its taste before starting to cook.

How to know if ginger has gone bad?

If you don’t want to end up with ginger that has bitter tastes, you should know when it is going bad and how to buy the ones that are fresh and ready to use. So, for this reason, I will give you a few things to check to ensure the ginger is not going bad soon.

–The texture is the clearest sign that the ginger is going bad, a fresh ginger will have a firm texture, while ginger that is going bad will be soft, wrinkly, and sometimes mushy.

-Appearances. The color is not a good indication if the ginger is good or bad since it will not change as much when going bad, but if you see much darker spots that are mushy, you should not pick that ginger. Also, a clear sign of the ginger going bad is the mold appearance, this is a big red flag when buying ginger or using them. If the mold is there, you should throw the ginger away immediately.

Sometimes ginger can get a blue color where you cut it. This is a normal thing to happen.

-Smell. A good ginger smells fresh and citrusy, while ginger that has gone bad will smell sour and a bit rotten.

So we found out that ginger should not be bitter if it’s a good fresh one, but it can happen if it’s not.

I hope the methods to remove the bitterness from ginger will help you if you really need to do this. Make sure you buy good fresh ginger by checking the signs we discussed above to ensure you don’t end up with bitter-tasting ginger.