Pizza is part of our lives, one way or another. Whenever we’re feeling like ordering food, we often look at a pizza place even if we order something else. Or we maybe have some frozen pizza in the freezer, as a backup plan. Or maybe it’s what we throw parties with, since it’s cheap and easy to share and sooo delicious.

So is pizza fast food ? If yes, why is it considered so ? There’s more to pizza than meets the eye. 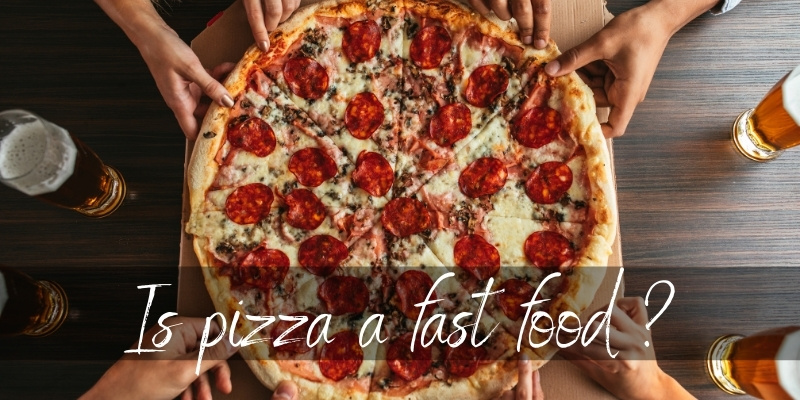 Table Of Content show
1 Why is pizza fast food ?
1.1 Pizza is quick out of the oven
1.2 It’s very easy to customize for each order
1.3 Pizza is good even when it’s bland
2 Is pizza considered junk food ?
2.1 Is there a healthy pizza ?
3 Why is pizza popular food ?

Why is pizza fast food ?

Pizza is a type of fast food because it’s easy to make and quick to bake, so it’s easy to serve several customers at once, and fast. You do not wait long for a pizza order, as opposed to other cooked foods.

Since it’s so quick to make, it’s also easy to customize for each customer or order. And due to the ingredient combinations even a bad pizza ends up as a edible, decent one.

In short, pizza is a quick, convenient, and delicious food that will keep you sated for quite some time. You can easily find pizza joints on every street, and somehow they’re all still working though the competition is high. Let’s take a closer look at all of this.

Pizza is quick out of the oven

The literal definition of fast food is a meal that comes to you very quickly after you order it. Pizza definitely fits that definition, since it’s going to take about 10 minutes for the crust and toppings to bake.

Read also: Why Is Pizza Round ?

You also have kebab shops, Chinese takeout, Indian food, anything that is easily assembled and packaged. For example you won’t really find East European fast food, since most dishes take a long time to cook.

It’s very easy to customize for each order

Another important point about fast food is that it should be easy to assemble or customize to a specific order. This means that you have a list of ingredients and/or a list of possible combinations, which is the menu. So it’s very easy to make 4 types of pizza is you already know what’s supposed to go onto them. 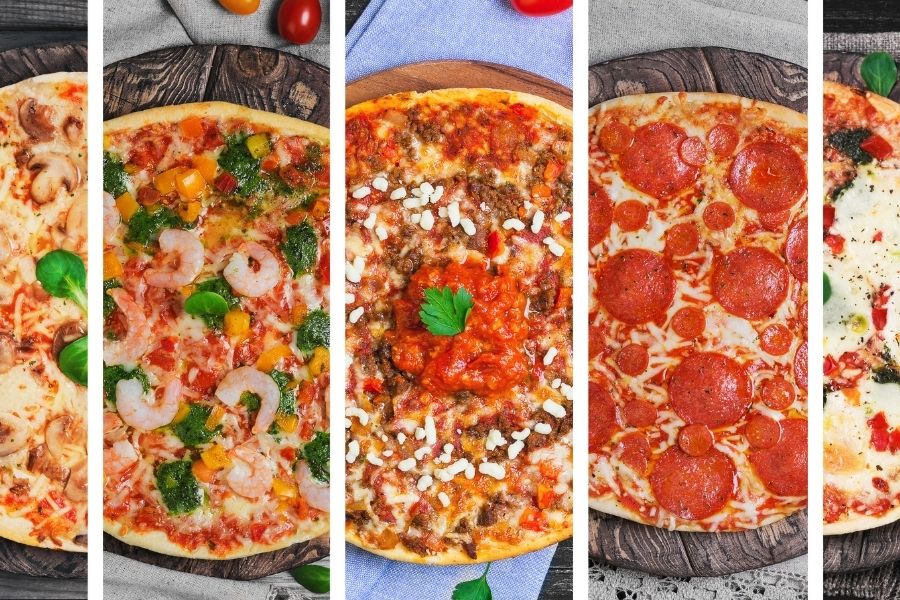 You always have the ingredients ready and waiting, and you always have a good amount of pizza dough on standby. This makes for a very simple and efficient production system, and the result is always what the customer asks for.

Pizza is good even when it’s bland

Because of the usual ingredients in pizza (or on it), even when the crust is bad the rest make up for it. Or maybe the salami is bad but the cheese is still good, because it’s cheese and it’s melty.

The sauce is probably the easiest way to mess up a pizza, but even then a good set of toppings will save the overall flavor. And because cheese is generally loved, as are deli meats, pizza tends to taste great even when it’s mediocre or even kinda bad.

Add to this the wide range of extra sauces you can order, aside from the usual ketchup and mayo. Garlic sauce is a real gamechanger and can propel any bland pizza into happy belly territory.

Because of its ingredients, pizza can be considered junk food. The same way drive-thru food is junk food, as they’re greasy, extra high in calories, and heavily processed.

True, pizza is less processed since it’s made using simple ingredients. But you cannot deny the 266 calories per 100 grams of pepperoni pizza.

That being said, are we against pizza ? Oh no, it’s one of those things we always eye on the menu but know it’s really worth going to an Italian restaurant for. Because pizza is such a simple food, the quality of each ingredient is crucial. Junk food or not, we love it but know to not have it every week.

Is there a healthy pizza ?

If you’re wondering what would constitute a healthy pizza, it’s kind of complicated. A good portion of calories from a pizza come from the dough, cheese, and meat, plus whatever sauce or extra toppings you add.

So if you remove the cheese and salami, and only add some vegetables you do get a healthier pizza. Not only is it lower in calories, it’s also got a good serving of vegetables. But there are very few cases of all-veggie pizza that actually taste good.

So you’re likely to at least have some cheese. Which is about 50% milkfat, which again jumps the calories into oblivion. So, unless you’re willing to eat veggie-only pizza, there is no healthy pizza.

Read Also: Can You Reheat Burgers ?

Why is pizza popular food ?

Pizza because such a popular food way before Italian immigrants settled in America. Oh they has a say in it, and they were a big influence on cuisine and culture in general.

But we’re saying pizza was a preferred food back when the Greek empire was alive and kicking. They had a sort of flatbread, which was often topped with simple ingredients and some olive oil. Kind of like a focaccia, but better. This was the go-to meal most laborers had for lunch, and it was more of a street food. Fast, convenient, filling.

As time went on and the Roman empire came and went, Italy continued making these early versions of pizza. At some point, after the Spanish came back from the Americas with tomatoes and started making tomato sauce, Italy adopted the tomato sauce and added it to pizza.

Originally pizza was a simpler affair, relying on the quality of the ingredients to get the point across. A great dough with good quality tomato sauce, fresh basil and real good mozzarella was a treat on its own.

But, as Americans had different taste buds more and more versions cropped up, including the infamous pineapple pizza.

Nowadays pizza is easy to find on every corner, and it will definitely sate anyone’s hunger. Really, it’s kind of impressive how universal pizza is. It appeals to pretty much anyone, and it’s both a reason to celebrate, and something to bring out when celebrating. It’s also a great way to bring the family together, to share a pizza and chat.

You could say pizza is more than just a popular food, it’s actually a sort of comfort food. And we think that’s beautiful.