Diving into the world of herbs and spices opens up endless exciting possibilities. However, as you are likely well aware, not every plant is edible.

In some cases, only certain parts of a plant are edible. Cilantro is a delicious herb that is used in many different cuisines. However, you may be wondering if its flowers are also edible. 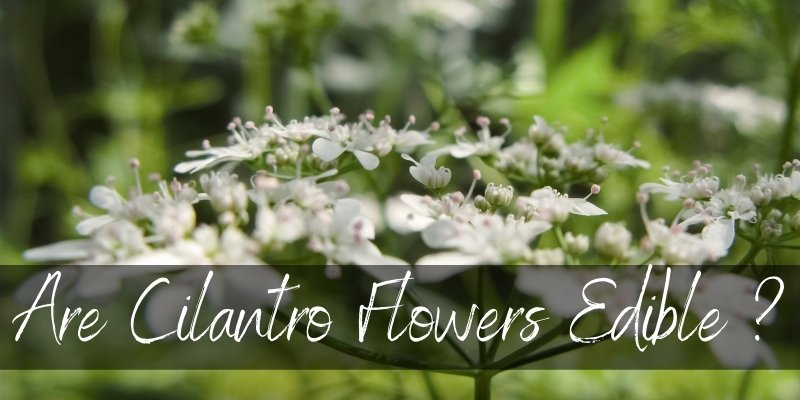 So Are Cilantro Flowers Edible?

The flowers of a cilantro plant are both edible and flavorful. Furthermore, the flowers are used commonly in a variety of cuisines.

Indian, Asian, and Latin cuisines use cilantro flowers frequently, although the practice is becoming more popular in other cuisines, as well.

Is Every Part of Cilantro Edible?

Everybody knows that cilantro leaves are edible, as well as incredibly tasty. However, many people aren’t aware of just how many parts of cilantro are edible. The entire cilantro plant is edible!

There are no toxins found within this plant that are dangerous to humans. However, that does not mean that every part of the plant is necessarily good to eat.

Cilantro (or coriander) leaves are used alongside parsley and celery to make some of the most flavorful dishes. 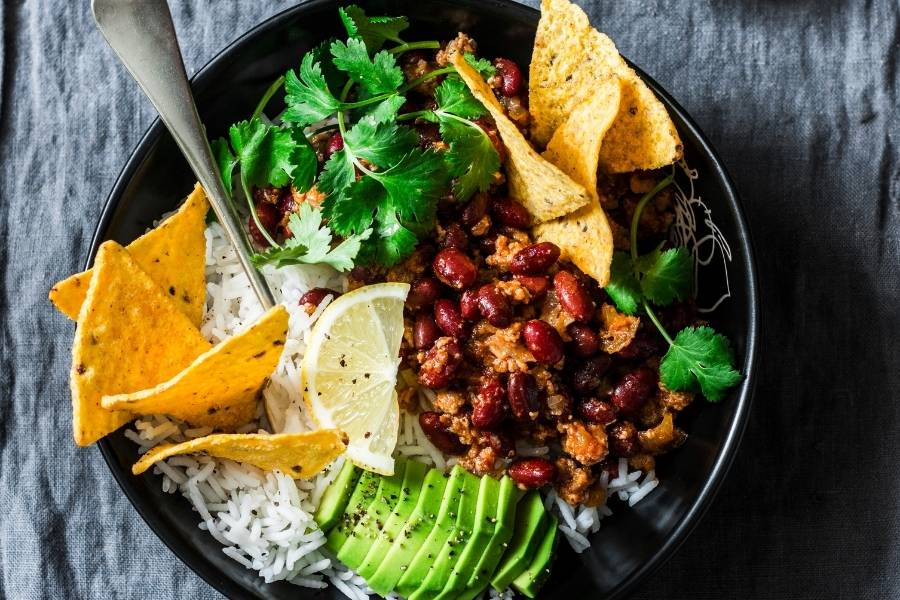 But don’t worry! In this article, we’re going to walk you through just when and how to use cilantro flowers.

The beautiful and delicate appearance of these lacy flowers is quite misleading when it comes to taste. You might imagine cilantro flowers to taste sweet and subtle.

In truth, however, cilantro flowers taste very similar to cilantro leaves, but they are milder and slightly tangy. These petals also have a hint of citrus, as well as a bit of sweetness, which balances the flower’s slight spiciness.

This is because cilantro contains a fat molecule that is present in many soaps, and some people are sensitive enough to taste it. This soapy taste overrides all of the other subtle flavors of the plant, making it disgusting to some people.

If you’ve never tasted cilantro flowers before, you should try some before using them in any dish, just in case you don’t like them!

How Do You Harvest Cilantro Flowers?

If you plan on using cilantro flowers while cooking, you should know how to harvest them properly. When harvesting any herb, the time of day and temperature are very important.

You should harvest cilantro flowers early in the morning, after the dew has evaporated, but before the heat of the day creeps in. Alternatively, you can harvest your flowers in the evening, so long as it is cool outside.

If you harvest flowers during the middle of the day, the flowers will have a lower moisture content, and they will wilt and bruise easily. To keep your flowers as fresh as possible, be sure to pick the flowers while they are cool and dry.

Furthermore, harvest your cilantro flowers once they have bloomed fully. Don’t use buds or partially opened flowers in your food, and avoid using them after they’ve started to die.

While some flowers can be dried before you use them, this is not the case when it comes to cilantro flowers. You should only use cilantro flowers while they are fresh, or else they will lose their flavor.

How Do You Use Cilantro Flowers While Cooking?

Cilantro flowers are the perfect mild substitute for cilantro leaves. Their flavor is more subtle, and you can use the flowers as an alternative if you don’t want the flavor to steal the show of whatever dish you are making.

How to Grow Cilantro for Its Flowers

You should grow cilantro in full sun in a space with moist and well-draining soil. Individual plants should be spaced between 6 and 8 inches apart. You can sow the seeds directly into the soil about two weeks before the last frost. The seeds should be ¼ inch deep. 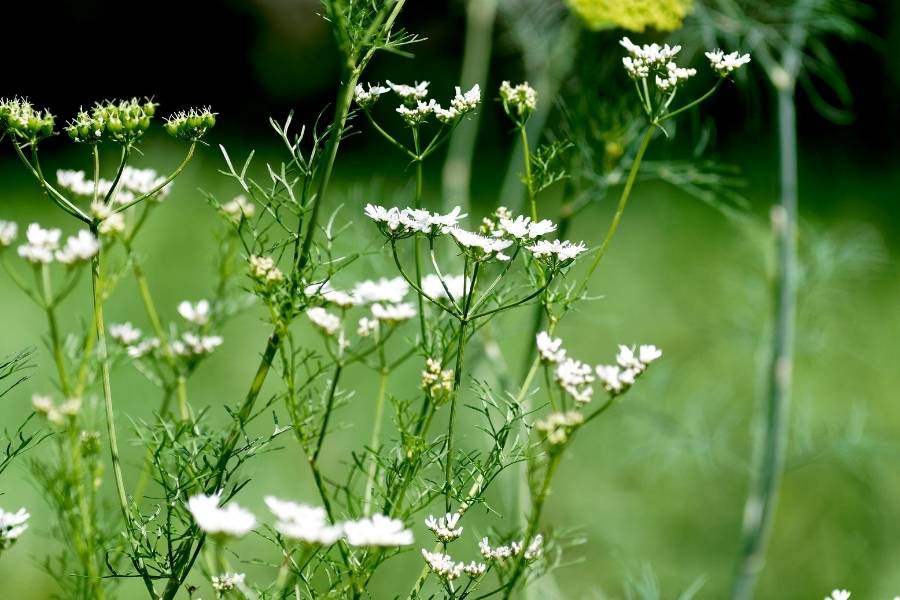 Cilantro can also be grown indoors, and it takes well to pots. Many people love to keep a few cilantro plants in their kitchen, which comes in handy while cooking.

Unfortunately, once a cilantro plant begins the process of flowering, its leaves lose their flavor. Sow cilantro seeds a few weeks apart throughout the spring and summer, so you can have a constant supply of flowers, seeds, and leaves.

The warmer the temperature of your soil, the more quickly your cilantro will flower. Alternatively, cooler temperatures will prevent your plant from flowering, and help the plant’s leaves retain their flavor longer.

If you want your plant to flower more quickly, don’t harvest the plant’s leaves. This will leave more opportunities for buds to grow.

Coriander flowers are an unusual choice in modern cuisine, but they are slowly growing in popularity. You may not imagine cilantro flowers to be as delicious as they are, but the truth is, they make an excellent addition to many dishes.

Furthermore, growing your own cilantro flowers is an easy process.