Looking for some hints about what fresh green cilantro smells like?

Cilantro is one of the most popular fresh herbs in the world. It is used in millions of ways in almost all the kitchens. You can add it to your salads, salsas, curries, sauces, and whatnot.

There are actually only two kinds of people, those who are head over heels for cilantro and those who completely hate it.

There is no middle ground. So, there are fair chances that you’ll either love it or totally hate it after tasting for the first time. The funny part is, the smell depends entirely on who is smelling it.

Cilantro is packed with fresh earthy flavors and aroma. But still, if you haven’t tried this beautiful herb till now and wondering how it tastes and smells like, we are here to help you! 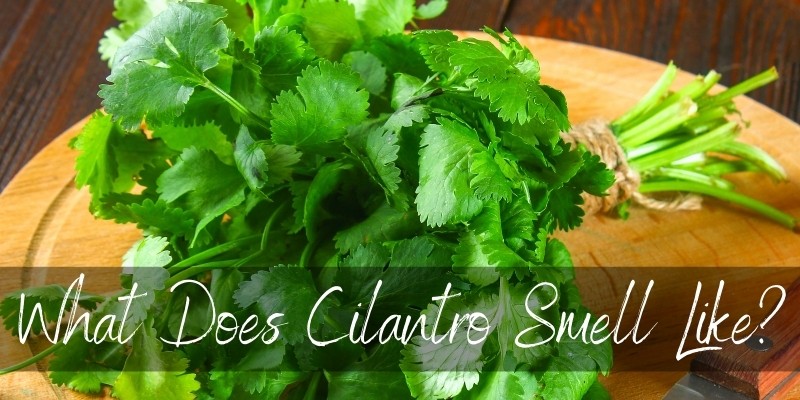 Table Of Content show
1 What Does Cilantro Smell Like?
2 What does bad cilantro smell like?
3 What does cilantro look and taste like?
4 How to pick the best cilantro
5 How to use cilantro
6 How to tell if cilantro has gone bad
7 Conclusion

According to the cilantro lovers, cilantro smells slightly citrusy and earthy, which is very close to lime. On the other hand, the cilantro haters say that it smells like soap.

Yes, you’ve read it right! Some people find the taste and smell of cilantro to be the same as soap. However, the reason behind this is their genetics.

According to some studies, some people find cilantro smelling and tasting like soap is due to their genetic issues.

But overall, cilantro has a very fresh and distinct aroma, which is very sharp. It actually smells like a mix of lemon and lime.

That’s all about the smell. Now, let’s take an in-depth look at this flavorful herb!

Cilantro is a popular herb that is mainly known for its blasting aroma and flavors. It is often known as the Chinese parsley because of its closer resemblance to parsley.

Interestingly, cilantro is often confused with coriander. The fun fact is, both are obtained from the same plant.

While cilantro is essentially the plant’s leaves, coriander is a more generalized term that’s used to signify the seeds, stalks, and flowers of the same plant. Also, there is a fair amount of difference between both.

Even if you’re new to cilantro and think as you’ve never tasted it, you have actually eaten it. This is because cilantro is an essential ingredient in most Thai, Chinese, Mediterranean, Indian, Caribbean, Mexican, African, and some other popular cuisines.

Cilantro that has gone bad will smell rancid and a bit like soap, also you will notice that the smell is not fresh. It’s impossible not to realize that the cilantro has gone bad, the texture will be different, and also the smell so bad you can’t miss it.

If you smell cilantro and you are sure that has gone bad, don’t think twice, throw it. In case it smells like soap for you but not a bad smell and the texture is fine, don’t worry about it, as I said before, there are some people that feel it this way.

Of course, cilantro is a green herb with beautiful lacy leaves that look very similar to the parsley. It has a very unique and sharp aroma as well as taste.

Cilantro can take any dish to the next level simply by imparting its aroma into it. For this reason, it is widely used for garnishing the cooked dishes.

Further, all the parts of Cilantro are edible. You can use the leaves to garnish and enhance the flavors of prepared dishes and add the tender stalks to your curry pastes, vegetable/meat stocks, and soups.

How to pick the best cilantro

If you’re buying cilantro for the first time, you need to be very careful otherwise you’ll end up picking an inappropriate bunch.

You can easily find it in your local vegetable market or at the grocery stores. Always look for the bunch that’s bright green in color. 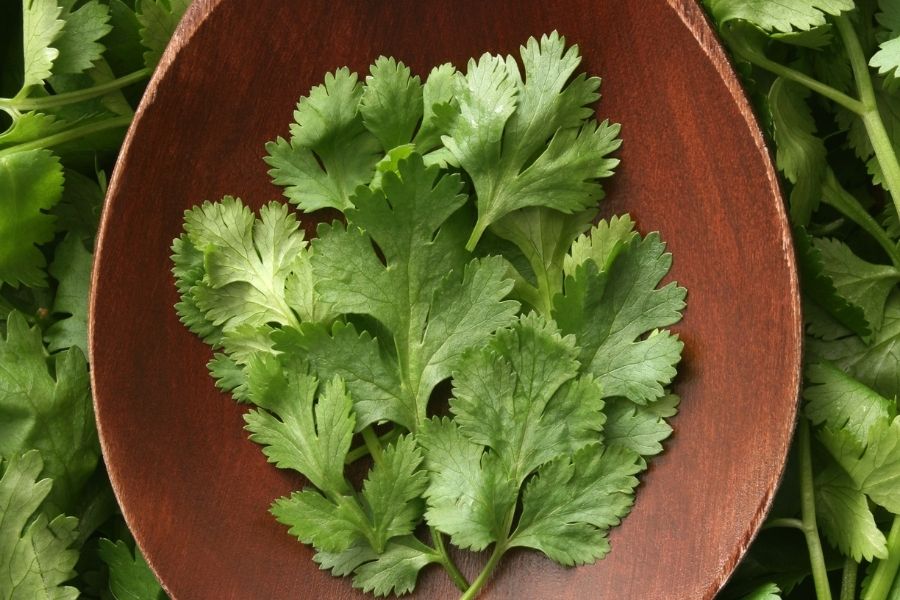 Avoid the leaves that have become yellow or have holes in them. Also, the stems should be very crunchy and firm. If the stems are limp, then it isn’t fresh.

After buying cilantro, wash it thoroughly and dry it before keeping it in the refrigerator.

The best idea is to store it in a zip lock bag or in a vegetable storage container. You can also leave it at room temperature by wrapping it in a damp kitchen cloth.

How to use cilantro

There are uncountable ways of using cilantro. It is one of the most versatile herbs in the world. You can use it in both cooked and uncooked dishes.

Try adding it to your salads, marinations, salsas, curry paste, dips, and dressings to get a fresh kick of flavor.

You can also use it in your cooked dishes such as curries, soups, meat gravies, veg gravies, stews to get a deep and improved taste. 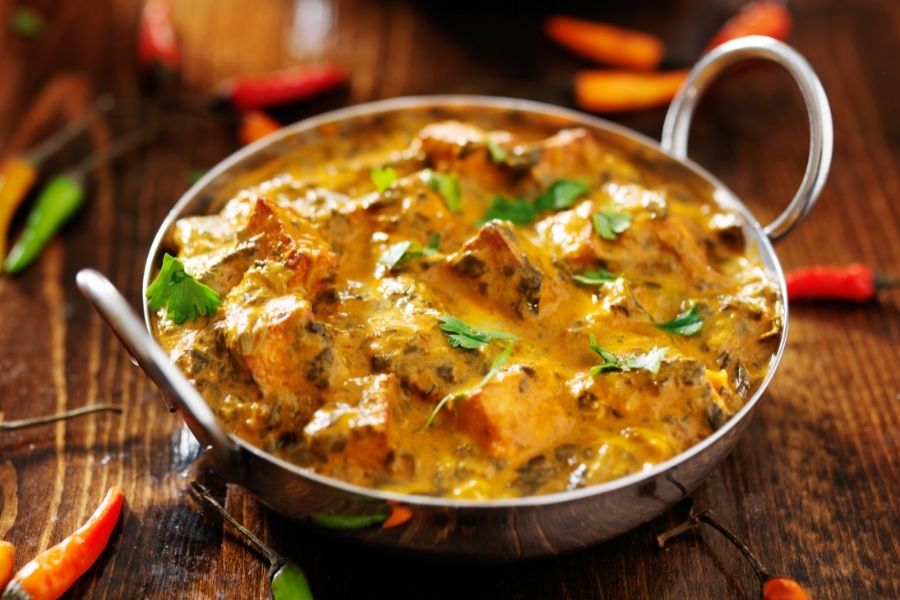 How to tell if cilantro has gone bad

If the leaves of cilantro have turned dark, brown, or yellowish, it’s a sign that it has gone bad.

Spoiled herbs will also have a very unpleasant and pungent odor. If you notice any of these changes in your cilantro, don’t use it.

There you have it, each and everything about the lovely herb cilantro.

Cilantro has a citrusy and earthy smell but apparently, it is not the same for everybody and it’s a plant that some people really hate.

I hope this article described its smell better and also helped you know what to do with your cilantro and how to know if it has gone bad.