Wondering if cilantro and culantro are the same ? You’re not alone. They sound the same and for those who don’t know both herbs, it just looks like a typo.

But as it turns out cilantro and culantro are not the same, not at all. They do have some things in common, but they also have some pretty interesting differences.

Read on to find out the main differences between cilantro and culantro, and how they’re used. 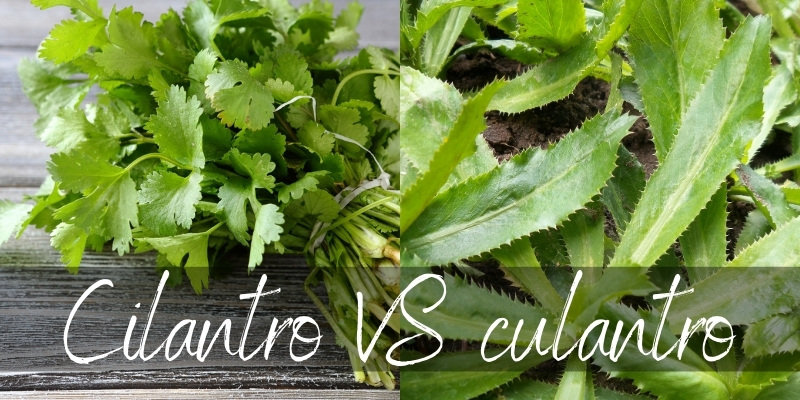 Table Of Content show
1 Culantro VS cilantro
1.1 What is culantro
1.2 What is cilantro
2 1. Culantro tastes stronger than cilantro
3 2. Cilantro is smaller, and looks very different
4 3. Culantro is perennial, cilantro needs to be re-planted
5 Can you substitute cilantro for culantro ?
5.1 Cilantro and culantro are common in many cuisines

Culantro and cilantro are two different herbs, although they taste similar. Culantro tastes stronger than cilantro, so it must be used  sparingly.

Culantro is common in South American and Caribbean dishes, while cilantro is more of a Mexican, North American, and Asian herb.

Culantro is sort of cousin of cilantro, and it tastes much stronger and more pungent than cilantro. This means if you don’t like cilantro, you’ll definitely hate culantro.

On the flipside, if you like cilantro you may love culantro. Just know that there’s also a pungent note to the flavor of culantro, so it’s not exactly the same.

Culantro leaves are long, thin and have serrated edges. They’re very common in Central and South America, the Caribbeans, and parts of Asia.

Cilantro is a delicate herb that resembles parsley, and it’s also known as Chinese parsley, or coriander. Its flavor is lighter and more delicate than culantro, and has a citrusy yet earthy tone.

This herb is more common in North America and Europe and Asia, and is used in many dishes.

Now, these were the basics about each herb and now we should explain each of the differences between them. After all, knowing their differences is knowing their weak and strong points, and knowing how to use them.

Culantro has a much stronger flavor than cilantro. So strong that people use less of it when cooking, so it doesn’t overpower the dish. It works best of cooked, and added to the food in the beginning so the flavor can really simmer with everything.

If using culantro raw, it may be best to slice it very thinly and only use a bit of it, because it still tastes pretty strong. It has a pungent flavor, along with the citrusy, earthy notes so it may be too much in some cases. 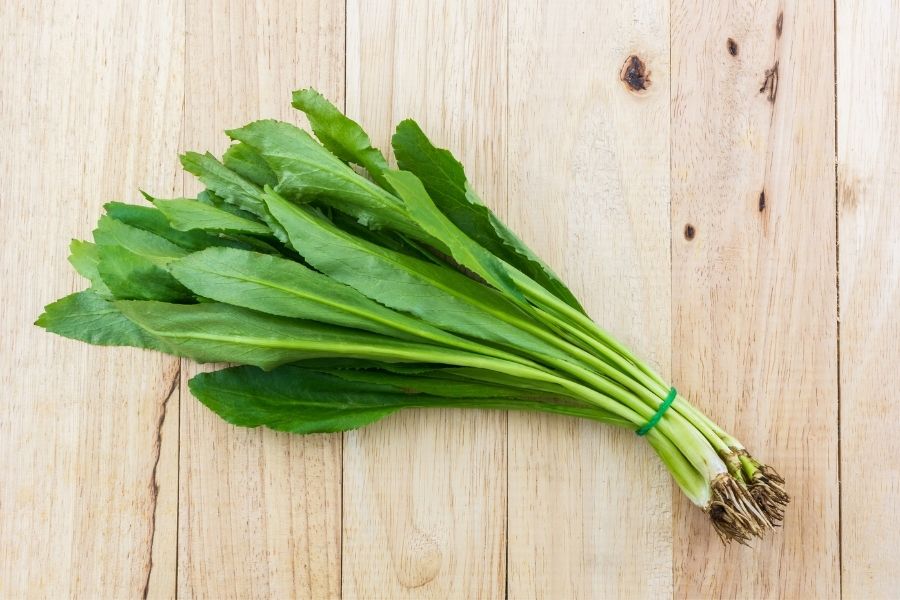 Cilantro is much lighter in flavor, and is often used raw. Whether it’s used as garnish on top of a very beautifully done plate, or it’s just chopped up and sprinkled into some fresh soup, cilantro is great.

Of course, you can add cilantro to the dish as it cooks, but its flavor will be a little different. The more you cook it, the more muted it will be.

They grow in bunches, and have a structure similar to a tree, in that each new branch grows new branches and so on. These are delicate herbs.

Culantro is very different, as it grows upright and in long, thin leaves that may remind you of seaweed. The leaves stand upright and have serrated edges, so you might want to be careful when picking them. It’s best to cut those parts off when cooking, if you feel they are too sharp.

Although they look very different, culantro and cilanro are botannical cousins, which explains why they taste so similar.

3. Culantro is perennial, cilantro needs to be re-planted

If you like to plant your own herbs, then this might interest you a lot. Cilantro is an annual herb, meaning it dies off every year, and comes back from the seeds it produced.

This may be a good or a bad thing, depending on your gardening style and how you like to keep your plants. 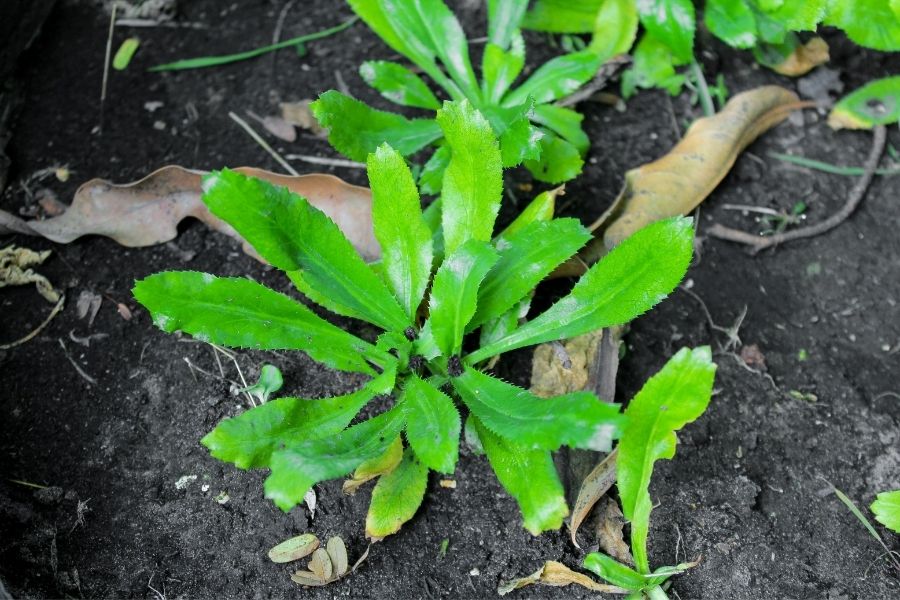 On the other hand culantro is perrenial, and it will come back for several years from the same shoot. For this reason it’s best to never cut off all the leaves. Leave the young, small ones to grow bigger so the plant develops more.

Each year more and more leaves will shoot up, and you will be able to harvest them as needed.

Now, if you happen to have way too much cilantro and/or culantro, you’ll be pleased to know that both of them keep very well in their dried form. You can just chop them up and put them in a dehydrator or in a slow, low oven until they’re completely dry.

Or, you can chop the fresh herbs and store then in the freezer in an airtight container.

Can you substitute cilantro for culantro ?

Yes, you can substitute cilantro for culantro and vice versa. Just know that culantro is very strong, so you will have to use less if you’re substituting for cilantro.

On the flipside, if you need culantro and only have cilantro you can definitely use it. But you may have to use more than you think, to get to a similar result.

Cilantro and culantro are common in many cuisines

You can find both cilantro and culantro in many cuisines, and traditional dishes.

For example cilantro is well known in Mexico and North America, especially the Southern states that have a lot of Mexican influence in their cuisine. Guacamole is famous for featuring cilantro, as are salsa and various salads and tacos.

Chinese and Thai dishes often feature coriander, and they’re not the only ones. As for Europe, coriander is known and used but parsley is favored, as it has a milder flavor. In Europe culantro is virtually unheard of.

Culantro is very common in Panama, Trinidad & Tobago, Puerto Rico, Thailand, Malaysia, and Singapore to name a few. It grows very easily there and you can find it in the wild. Coriander is not very used, not is it grown in these places.

In short, culantro and cilantro serve very similar purposes in different cuisines, and somehow have managed to take over the entire globe together.

You can easily substitute one for another, or skip them altogether if you don’t like them at all.