If that cool recipe you’ve fallen in love with asks for kumquats, you may be in for a surprise. In any other time than November-March, kumquats are out of season and very hard to come by. But is there something else you could use instead ?

Well, if you’ve ever had kumquats you know they have a very specific profile (aside from being a citrus fruit). So what can you substitute a kumquat with ? There’s a few options, but not all of them are edible whole, like the kumquat. Still, something on this list might prove useful. 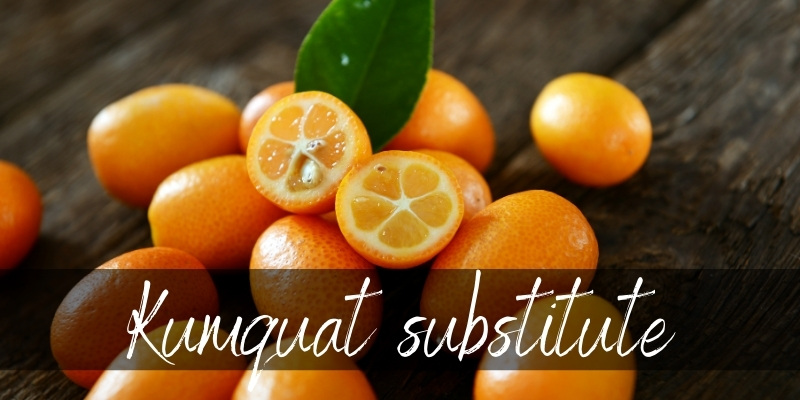 Table Of Content show
1 Best kumquat substitute
1.1 1. Clemetine or tangerine segment
1.2 2. Diced oranges, without peel
1.3 3. Lemon slices with jam or marmalade
1.4 4. Calamansi, quartered
1.5 5. Berries with a dash of lemon juice and rind
2 What are kumquats ?
2.1 Are kumquats related to oranges ?
3 Could you use loquats instead of kumquats ?

The best kumquat substitutes are clementines or tangerines, diced oranges, lemon slices, calamansi, or berries with lemon juice and rind. Which you use will depend on the recipe you’re making. Kumquats have this amazing perk of being completely edible, skin and all. So you don’t even have to cut them, you can just eat one as-is.

Pretty much no other citrus can boast that. Well the majority of these substitutes are citrus, meaning you will have to remove the skin in order to use them. But in some cases you could add some zest to bring that citrus flavor up.

And depending on the recipe, maybe your kumquats are meant to be served with the dish, or removed before serving.

Clementines and tangerines are different from each other, but they can both be substituted for kumquats. They’re both small, sweet, and less acidic than an orange. The rind is thin, so they can easily be peeled. 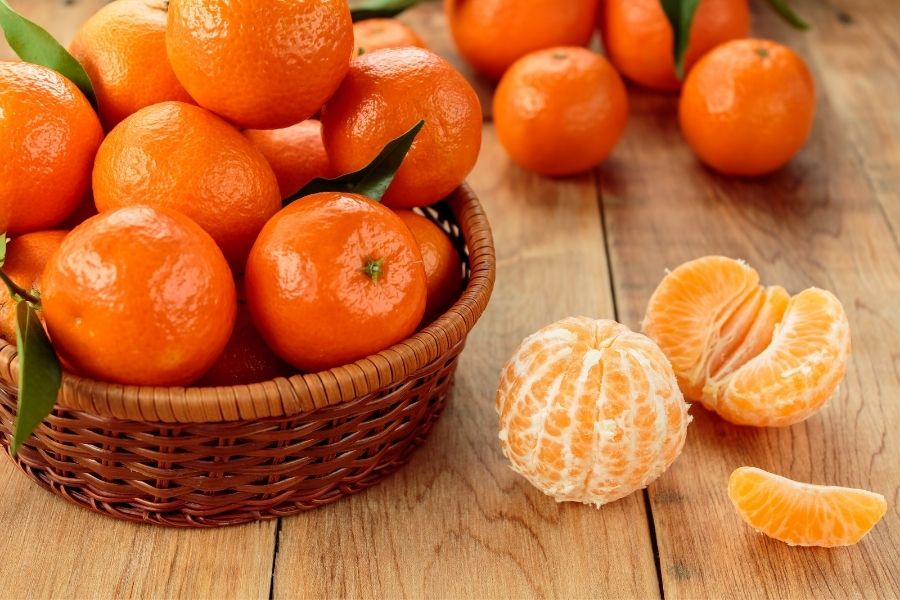 If your recipe is for a salad and you need halved kumquats, then tangerine or clementine segments are good. You could maybe grate a bit of zest into the salad (just a bit) to make it more similar to a whole kumquat. After all, that’s the whole appeal of a kumquat. You can eat it whole, so in some recipes you’re going to serve it with the finished dish.

Clementine and tangerines have a thin rind too, but they’re not as easy to chew through as a kumquat. So, if you want to add the rind factor too, make sure to peel, cut, and simmer the rinds too to soften them up.

Another option is diced orange segments, but remove the peels. An orange peel is way thicker and had more white pith and is thus more bitter) than a clementine or tangerine, never mind a kumquat.

As oranges are very large compared to a kumquat, we recommend cutting the segments into halves or threes, to bring them closer to the size of a kumquat. Be sure to remove any seeds as well.

This way you can add them to salads or dishes where the kumquat would be served whole. And again, if you want to bring more flavor just grate in some zest.

3. Lemon slices with jam or marmalade

If lemon is all you’ve got on hand, then lemon segments or slices would also work. Just know that lemons have absolutely no sweetness, so you’ll need to add something. Sugar, marmalade, honey, agave syrup, what have you.

As with the orange, if you want to add some more flavor add some lemon zest. The trouble is lemon zest tastes different than orange, and thus kumquat too. If you’re fine with the difference then there won’t be a problem, but if it something that could bother you we recommend adding something like cherry notes to round the flavor.

If you’re Filipino or have easy access to a Filipino market, then calamansi is a great substitute for kumquat. For those who don’t know what it is, calamansi is a hybrid between kumquat and another citrus (exactly which is unknown).

Like kumquat, calamansi skin is very thin and can be eaten. The only problem is the very sour flesh, which often need sweetening. Still, you can use calamansi halved or quartered, with the seeds removed.

Be sure to sweeten the dish a little, and you’ve got a pretty good kumquat substitute. Just know that calamansi is sometimes green, sometimes orange. A fully ripe one is orange, but it tastes pretty much the same as a green one. And the green ones are the most common in markets.

5. Berries with a dash of lemon juice and rind

If all else fails, you have this one last option. You can use berries, any berries you like, and add some lemon juice on top. It could be another citrus, not just lemon, as long as it’s got some acidity and flavor.

Other ideas are the substitutes we named above – clementine, orange, tangerine – to use for their juice and zest, and use the berries for texture.

You may be wondering just what are kumquats, and why they’re so difficult to find or substitute. Well, these little guys are just that – very little, and they look like elongated tiny oranges.

They native to China, and are widely cultivated in South, East, and Southeast Asia. For some reason the kumquat’s skin is very thin, which makes it easy to chew through and you can easily eat the entire fruit. They’re very small, about as big as a large grape. or a cherry tomato.

What sets kumquats apart is the very fact that you can eat the skin, and thus get to taste the citrus oil directly. This can be too much for some folks, because it can feel like it’s burning your tongue.

The skin itself is fairly sweet, while the inside is mostly tart, and the combination between the two is pretty delicious.

Are kumquats related to oranges ?

Yes, kumquats are related to oranges, as all citrus fruits are descended from various hybrids between pomelo, mandarin, and citrons. The orange is a hybrid between pomelo and mandarin, while the kumquat is of unknown ancestry. Our personal guess is that it’s somehow derived from a mandarin, and something else.

Aside from all this, both kumquats and oranges belong to the Rutaceae family. Orange are in the genus Citrus, in the species Citrus sinensis (this is the sweet orange). Conversely, kumquats are also in the Rutaceae family, Citrus genus, but in the Citrus japonica species.

The share nearly the same composition in citrus oil, and have very similar flavors.

Read Also: How To Store Kumquats?

Could you use loquats instead of kumquats ?

You may be thinking that loquats could be used instead of kumquats, as both are sweet, orange, and they look very similar. Well, their flavor is wildly different, because they’re very different fruits.

Where a kumquat is a citrus fruit, a loquat is actually related to roses, apples, pears, apricots, cherries, and almonds ! Yes, loquats are in the Rosaceae family, Eriobotrya genus, and the E. japonica species.

Its flavor is very different form a kumquat, as there would be no acidity or tartness at all, simply a mild flavor resembling peach or mango. There’s a few big brown seeds, much like the ones in an apple.

So it’s up to you if you want to change the flavor of the final dish that much. The thing is, unless you live in Japan or close, finding loquats won’t be easy. And if you thought kumquats were difficult to get a hold of, have fun looking for one of these.