If it’s fall, it’s sweet potato and pumpkin season. Whichever you use, you end up with a sweet, delicious meal that has the family asking for seconds. In face, pumpkins and sweet potatoes seem to work so similarly that we can’t help but wonder if they’re related.

Well, that is something we’ll be tackling today, along with a general comparison of pumpkins and sweet potatoes. If they’re so similar we’d also like to know if there are any differences at all, and if it’s worth discriminating between the two. 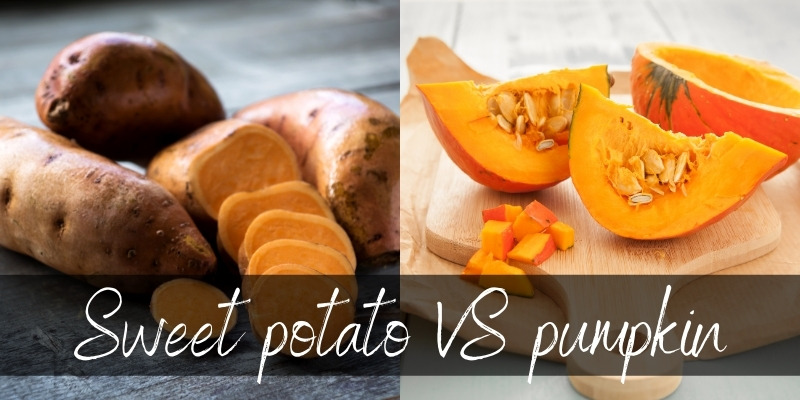 Both are high in beta carotene, and have similar flavors, but sweet potatoes tend to win any debate. There’s something about them being so versatile and just as good in savory or sweet dishes.

One thing that helps this a lot if their high fiber content, at least compared to pumpkins. This, coupled with pumpkins’ 91% water content makes sweet taters a more filling food item.

Now let’s take a closer look at all these differences, and some similarities so you can clearly understand both pumpkins and sweet potatoes. After all, an informed decision is the best decision.

Sweet potatoes also have more sodium, so be careful if you need to cut back on the salt. If you’re wondering why pumpkins fall behind, it’s mostly to do with the amount of water they have. Both vegetables and fruits have a certain water content, and it so happens that pumpkins belong to a family that has a lot of water content.

The same family that cucumbers, squash, zucchini, and watermelon are all part of, actually. And when the water content is so high, the fruit or vegetable is juicy but there’s less room for nutrients, big or small.

Pumpkins are only half as sweet as sweet potatoes 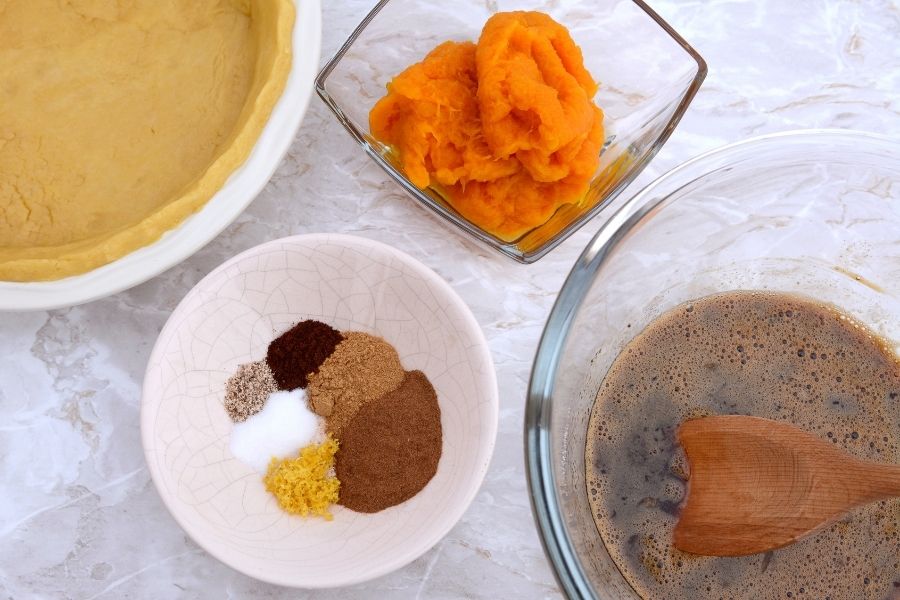 You get more bang for your buck with sweet potatoes

When you go and buy a pound of sweet potatoes, you end up using the entire potato. The only things you can’t use are the skins.

A pumpkin’s seeds are edible, both raw and roasted. The skin isn’t edible, and when you roast a pumpkin you get a lot of moisture that doesn’t end up used.

So in short, when you need a pound of sweet potato, you know you can use almost all of the potato, except the skin. Pumpkins lose weight that you can use, a pound of raw, whole pumpkin isn’t the same as a pound of cooked, drained pumpkin.

Pumpkins are native to North America

If the origin of each vegetable or fruit on your table matters to you, then you should know that pumpkins are originally from North America including the northern part of Mexico. In fact, pumpkin and squash were a big part of native culture and cuisine.

Winter squash (which includes pumpkins) is particularly well known for giving sustenance throughout the winter months, since it survives storage very well.

Sweet potatoes are native to the tropical regions of the American continent, but the exact origin point is debated. It’s believed to be somewhere between Central and South America.

Despite all those differences, sweet potatoes and pumpkins have a whole lot of similarities. They’re so similar in their use and flavor that people really don’t know which to choose sometimes.

Both can be used for savory or sweet dishes

No matter what you’re cooking, if you can make it with sweet potatoes it will probably work for pumpkin. Both get very mushy and end up with a similar texture, and sweet potatoes retain a lot of their cooking liquid.

If you’re ever out of pumpkin and really need something for a pie filling, sweet potato will work very well with the same ingredients and seasoning.

Conversely, you can use pumpkins for savory dishes like a cream soup, casserole, or as a side dish. 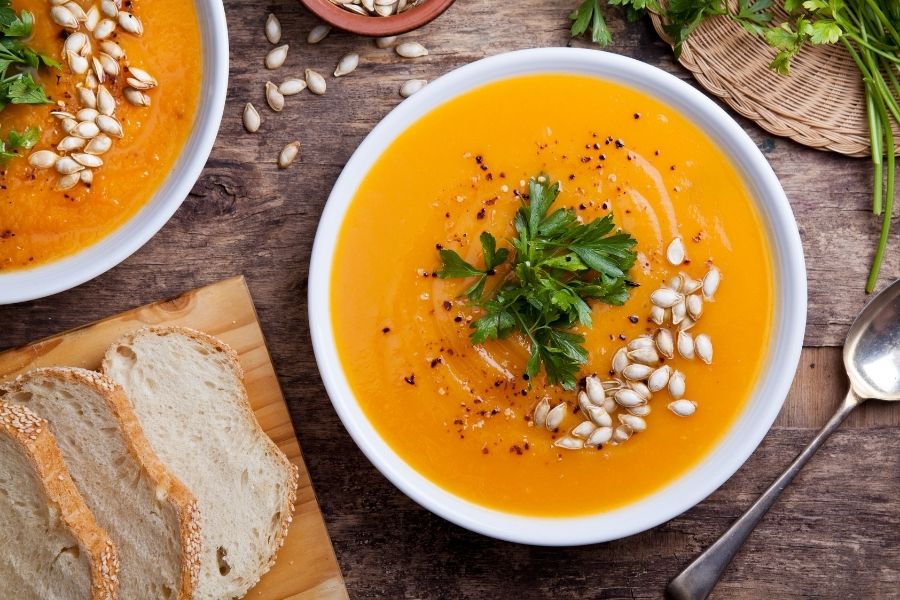 Their flavors are incredibly similar

Both pumpkin and sweet potato have such a similar flavor that they’re easy to mistake for one another, unless you’ve got a trained taste bud. Granted, pumpkins have a flavor vaguely reminiscent of cucumbers and zucchini. But if you use the same seasonings on pumpkin and sweet taters you can’t tell them apart.

Not only that, but they’re both sweet in their own right. Sweet potatoes are sweeter though.

Sweet potatoes and pumpkins have roughly the same season

When you’re choosing which to use in a dish, you sometimes choose by what is in season, and thus most likely to be delicious. But pumpkin and sweet potato seasons overlap. Yup, pumpkins are fall crop, and they get harvested between early October and late November.

So do sweet potatoes, except their season get a bit longer and stretches all the way into mid December. This means both pumpkins and sweet potatoes are great for Halloween, Thanksgiving, and even Christmas.

And both can be frozen to be used later in the year, if you like.

Is sweet potato the same as pumpkin ?

Despite being so darn similar, sweet potato and pumpkins are very, very different. Where sweet potatoes are vegetables, pumpkins are actually classed as fruit but used as both veggies and fruit.

To clear things up, let’s take a look at their botanical family. Pumpkins belong to the Cucurbitaceae family like all squashes, while sweet potatoes are part of the Convolvulaceae family.

This is the main reason their nutritional value is different, and why pumpkins have such a high water content.

In short pumpkins and sweet potatoes are very similar, and are used in similar ways but are indeed vastly different. So much so that one is a vegetable, while the other is a fruit. You can sue one in place of the other problems, but the overall winner is sweet potato.

It’s more nutrient-dense, provides more energy, and has a longer harvest season. It might not be as pretty as a pumpkin, but it’s up to you what you need each of them for. Hey, why no go for both ?