The amazing eggplant is both beautiful and mysterious. They’re not something you cook every day, mostly because they’re so darn confusing.  So when you do get your hands on one, you’re likely to wonder just what the perfect storage option is. Do you put them in the fridge with the rest of the vegetables, or do you leave them on the counter ? Are they good in the pantry ?

Let’s take a look at how to properly store eggplants, and then how to pick out the best ones from the store. 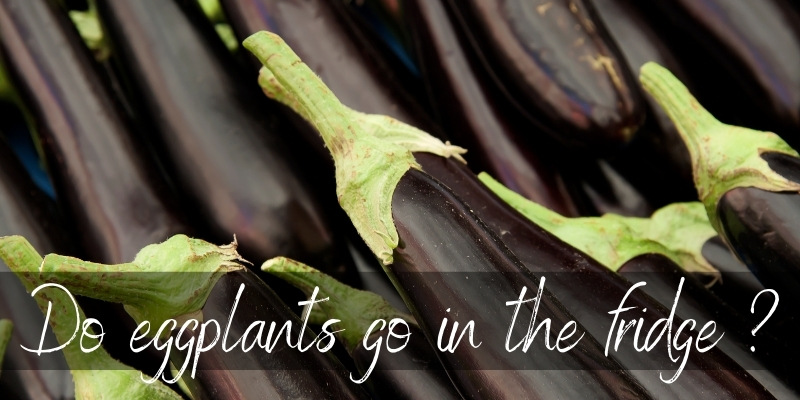 Table Of Content show
1 Should eggplants be refrigerated ?
1.1 Can you store eggplants at room temperature ?
1.2 Can you leave an eggplant out overnight ?
2 Always use up your eggplants within 7 days of buying
3 Always keep eggplant in constant airflow
4 How to pick out the best eggplants
4.1 1. Eggplants should be springy, not soft
4.2 2. Check for any bruises and nicks on the skin
4.3 3. Weigh it in your hand

Should eggplants be refrigerated ?

You can refrigerate eggplants if you want, but no longer than 3 days. Eggplants are very cold sensitive and when subjected to temperature below 50 F/10 C, they begin to bruise and wrinkle. Fridges are usually around 41 F/ 5 C, so if you leave eggplants in there for too long, like a week, they will spoil much faster.

That being said, you can indeed store your eggplants in the fridge overnight, and use them the next day. Just make sure to place them ina bag that allows them to breathe. SO if it’s a plastic bag make sure it’s perforated or opened.

Can you store eggplants at room temperature ?

Yes, you can store eggplants at room temperature and it might even be a better idea than storing them in the fridge. As long as your room is not above 77 F/25 C, the eggplants should be fine for at least three days. After all, these are plants that thrive on heat and they don’t like the cold too much.

Make sure there is no direct sunlight on the eggplants, as that will make them spoil a few days sooner.

Can you leave an eggplant out overnight ?

Yes, you can leave the eggplants out overnight and use them the next day. Just like storing them at room temperature, make sure the room is not too hot and there is no direct sunlight.

Always use up your eggplants within 7 days of buying

Whenever you buy eggplants they don’t come with instructions. But, they’re actually fairly fragile veggies. Eggplants should be used in about 7 days after you bring them home. In some cases the eggplants can last longer, but then you have to feel them, see if they haven’t softened too much or started to get wrinkly spots.

This is also why eggplants spoil faster in the fridge. Those 7 days are good when the eggplant has plenty of airflow and is kept at 50 F /10 C or more. If you keep the eggplants in the fridge, so at a very low temperature, your can get brown spots much easier and they will start to soften in about 3 days. 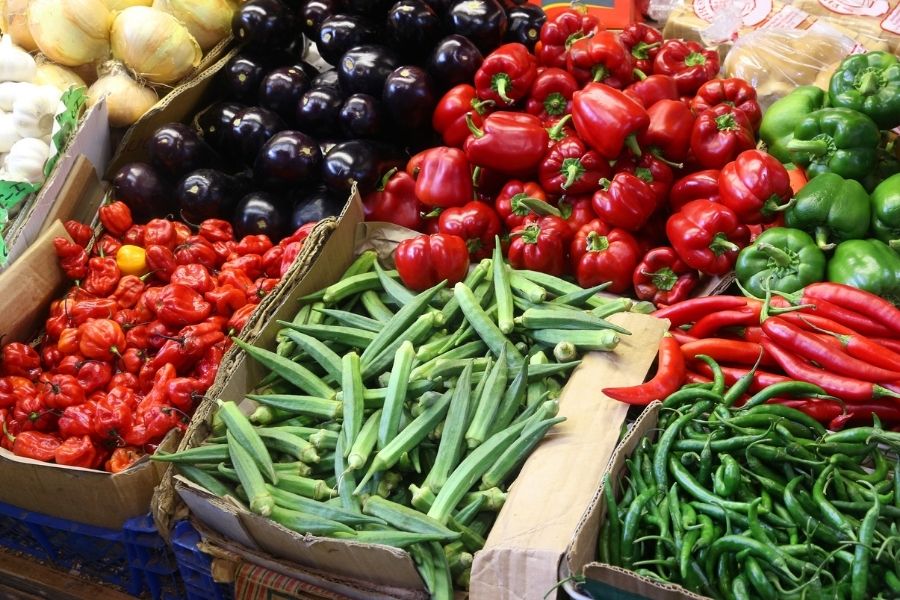 Eggplants have the same issue, so if you want them to last longer, provide then with plenty of airflow. Keeping them in a bag that has no circulation will trap more ethylene, making them spoil quicker.

Worse, if you keep eggplants in the fridge in a plastic bag that has no holes, the eggplants will sweat. All that moisture will make the eggplants go bad much faster.

How to pick out the best eggplants

When picking out eggplants you want to come home with the best ones possible. After all, it’s not every day you try these out. Fortunately most stores have a very good policy when it comes to putting eggplants on the shelves. They’re already checked, but sometimes they may miss one or two.

So here’s what to look out for when picking out your eggplants to bring home.

1. Eggplants should be springy, not soft

Eggplants are springy, like a dense sponge wrapped in a thin skin. A good eggplant is not soft like a tomato. It should have some firmness and tension to it. Soft spots on an eggplant usually indicate spoiling. These spots will also happen is the eggplant has been kept in a very moist environment.

2. Check for any bruises and nicks on the skin

Eggplant skins are fairly sturdy, but sometimes they have have bruises or nicks on the. Do your best to avoid those, simply because they reveal the flesh and eggplant flesh easily absorbs any liquid. You don’t know what was o the eggplant, so it’s best to put that one back down.

Bruises on an eggplant will not show up as colors, unless you’re getting white or striped eggplants. When you cut into the eggplant, those bruises will be brown inside, and not very tasty.

Read Also: Should Pears Be Refrigerated ?

3. Weigh it in your hand

Eggplants are not particularly heavy vegetables but they shouldn’t be very light. A good eggplant will not le lighter than it looks. A light eggplant is usually larger, and means it’s overripe. Overripe eggplants have started to split and separate on the inside, like an overripe watermelon.

These are also the driest, and have the highest chance of developing brown spots around the seeds. If you’ve got any other food curiosities be sure to check the related articles below, we’re always adding more food facts to make your life that much easier.