If you’ve ever had to substitute a cheese for anther, you’ve wondered what each cheese tastes like, and what the texture is like.

And among those cheeses, Gouda is a name that pops up very often, along with Edam, Parmesan, and Mozzarella.

The internet wants to know what Gouda tastes like, so today we’re going to cover that topic. It’s one of the most common and delicious rolls of cheese ever, and any cheese over will come across it one day.

The responses given varies a little, based on the age of the cheese and the process of preparation. We’ll try to keep things as simple as we can. 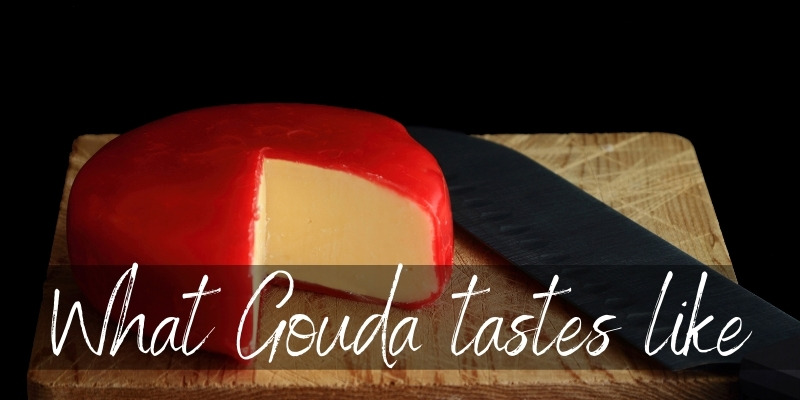 Table Of Content show
1 What does Gouda taste like ?
2 Why is young Gouda so different from aged Gouda ?
3 How and where to use Gouda
4 What Gouda really is
5 Conclusion

Gouda cheese is usually nutty yet sweet, and an overall mild cheese. Young Gouda is more on the mild side, and you’ll definitely taste the sweetness.

As it ages, Gouda will become nuttier and the sweetness will turn into a slight sharpness.

There are several factors that determine the taste of gouda. To start with, since Gouda is available in many parts of the world, the taste is subject to geography.

Gouda is common in Netherlands, but other countries may sell cheese that is very similar to Gouda and name it that.

Age is a great determinant in the taste of Gouda. At its very young stage Gouda is creamy, soft, and light yellow.

Aged Gouda, as old as 4 years, is light brown and has a strong taste.

On top of all of this, there is also smoked Gouda. As this is a mild cheese, it goes very well with the smoke flavor and it will carry it nicely into whatever meal you’re making.

In general Gouda has a somewhat firm yet springy texture. It is known for melting easily, and the oil is not observed to separate as Cheddar does. Gouda carries a flavor which is mildly pungent, and aged Amsterdam Gouda has a taste of caramel, butter, and rich milk.

Why is young Gouda so different from aged Gouda ?

Young Gouda still has that slightly buttery, creamy feel to it because it hasn’t dehydrated yet. As cheese ages (be it Gouda or something else) it loses moisture. 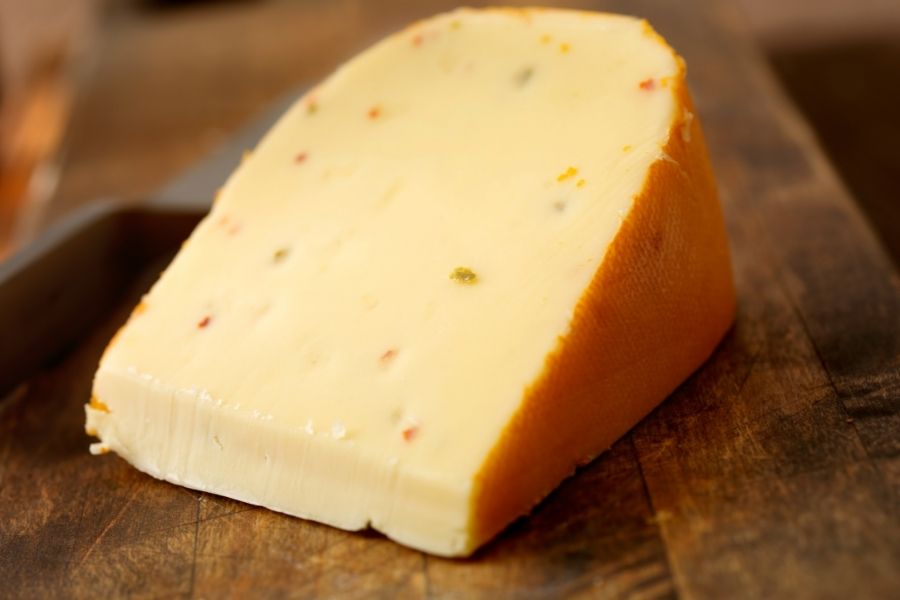 This is done for two reasons. First, aged cheese tends to have a much stronger taste and this offers variety.

Second, bacteria thrives in moisture, so aged (dried) cheese has much less of a chance to develop a bacterial infection or mold.

Of course, aging cheese isn’t easy and straightforward. You can’t let cheese rolls sit outside in the sun.

Cheese is aged in cellars or in temperature controlled rooms, where they are kept for months and years.

In the US, there are two main classifications of gouda: young (jong) and old (oud). In the Netherlands with its wider usage of gouda, the classification is at least six categories according to age:

-Fully or old matured gouda: Ranges from 10 to 12 months

How and where to use Gouda

There are many uses for Gouda. It’s used in cheese platters and homemade macaroni. Gouda can be used in a variety of dishes including mashed potatoes, sandwiches, and soups. You can also use it with cold meats such as turkey, ham, and chicken.

Naturally smoked Gouda cheese is smoked in brick ancient ovens, and goes well with a dark beer or a dark chocolate.

The igourmet’s Dutch Gouda goes well with dry or semi-dry wine, and it has been perceived as the dream of the cheese lovers.

The Frico Classic Dutch Mild Gouda originates from the Friesian cows and is one of the best types of cheese to have a taste of.

When the Dutch are serving Dutch mustard, they usually offer gouda cubes which are eaten as snacks. They are also served when serving port wine or strong beers.

In short, Gouda is a very versatile cheese and you may use it in whatever dish you like. It melts slower than mozzarella, but it can still be used on pizza with no problem.

What Gouda really is

Gouda is a type of milk cheese which was traded in Gouda, Netherlands, and is therefore named after the city.

It is one of the most popular types of cheese in the world. It is estimated that 50-60 % of the global cheese customers consume Gouda, which makes it an incredibly well known cheese.

Preparing Gouda is both an art and a science, and it requires patience.

In the traditional Dutch society, the women were responsible for preparing Gouda, and passed the skill to their daughter. The process of making Gouda starts with washing the curd, draining the whey and replacing it with warm water, draining the water, and adding more water.

Heating the water expels moisture from the curd. Washing the curd is done to reduce the level of lactose, which makes it sweet. After being pressed for a number of days, the cheese gets its flat and round shape.

A few other washed curd (thus sweet and mild) cheeses are Havarti, Colby, and Jarlsberg.

You need to try Gouda cheese, it’s definitely going to be one of your new favorites. It’s very easy to find and it’s definitely something that goes well on a cheese platter as one of the milder cheeses.

Pair Gouda with some grapes or jam, or better yet with some prosciutto and you’ll love the combination.

Keep in mind that if you use gouda on pizza, and it’s the only cheese, you need to balance it with a very savory ingredient like salami or smoked ham.