Wondering what washed curd cheese is ? You’re not the only one. After all the name itself only makes things more complicated. How do you wash curds, and should you even be doing that in the first place ?

Well wonder no more, because it turns out this cheese type is actually very common, and you may even have some at home right now ! 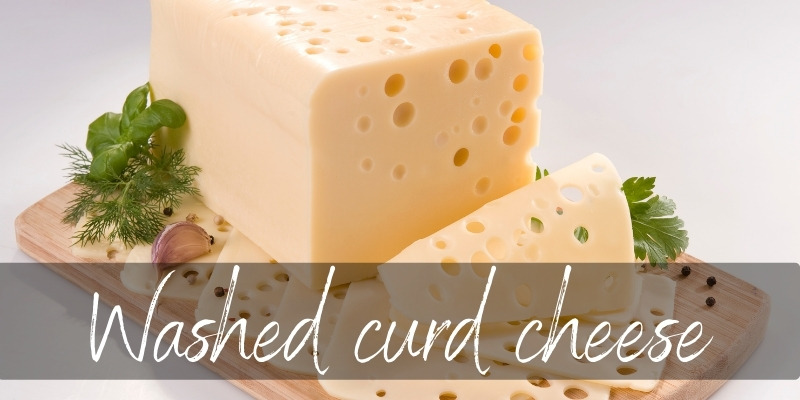 What is washed curd cheese ?

Washed curd cheese is a type of cheese where the curd are washed in warm water before being pressed into their molds. This tis done to remove leftover lactose and lactic acid, resulting in a mild and somewhat sweet cheese.

This process is done with a number of famous cheeses like Colby, Gouda, and Edam and they are all milk cheeses, with a flexible texture and higher moisture.

Throughout history folks have experimented with dairy and have tried their best to make cheese making easier, or get a more delicious cheese.

Washing the cheese curds is more of a ‘delicious cheese’ kind of move, ad is doesn’t necessarily make the production process easier.

Is cheese made from curd ?

Yes, cheese is made from curds ! In short, when milk is turned into cheese, the protein and fat have to coagulate into little pieces called curds. This is done by adding an acidic agent to the milk.

Once the milk curdles and the whey separates, all that’s left is to salt and press them. Of course some cheeses have a much more complicated and long process than that. But that’s the gist of what happens 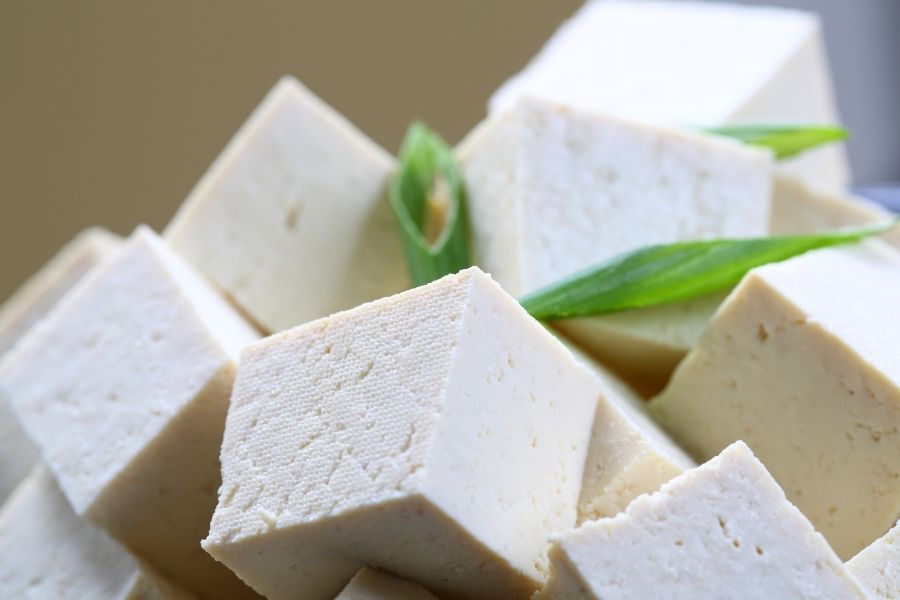 Is curd cheese the same as cheese curds ?

Don’t follow ? Here’s an easier breakdown. When milk curdles, the curds are used to make cheese. Some cheeses are made up of pressed, dried curds like Edam or Parmesan or mozzarella.

Other cheeses just use the soft, fresh curds and are sold as-is, like cottage cheese or ricotta.

In these examples ricotta and cottage cheese are curd cheese, made from cheese curds. And Edam or mozzarella are cheese curds pressed into cheese molds. They are dried and aged.

Curd cheese refers only to cheese that is minimally processed and sold in its initial form – fresh curds.

We hope that explanation was easy to follow and didn’t make things more complicated, because now we’re getting into more complex territory.

How washed curd cheese is made

The way cheese curds are processed makes a whole lot of difference in the final texture and flavor. So let’s bein form the start. Milk is curdled, and the curds are separated from the whey.

As the curds formed, naturally present bacteria ate up all (or most) the lactose in milk, and released lactic acid. That is what helped the milk curd so fast.

Once the curds are formed, they are washed with warm water and nothing else. This does several things, like:

Now, washed curd cheese ends up being a fairly sweet and soft cheese. Not as soft as Brie or washed rind cheese. But definitely softer than Cheddar or Parmesan.

This is because the curds retain moisture. Even after being cut and pressed they still have more moisture left, so the resulting cheese will be softer and more flexible.

With lactic acid removed the final flavor won’t be as sharp, and the cheese will have more of a nutty, sweet finish.

And finally, these cheeses end up being aged the least. They don’t have as much salt as other cheeses, and they have more moisture. These cheeses can be aged as well, and develop more of a caramel flavor as time goes on.

In the end the washed curds are pressed into their cheese molds, and aged just a little before being sold. Most of these cheeses come in a wax coating, for protection.

You may be wondering what are come of the most common washed curd cheeses. Who knows, maybe you have some in your fridge right now ?

If you’ve noticed you tend to gravitate towards sweet, mild cheeses that are not overly spicy or aged, then you might be a washed curd fan. Don’t worry, we’re right there with you. Slices of Gouda with a bit of prosciutto are some of our favorite midnight snacks !

So let’s see a few examples of washed curd cheese. All of these examples have a smooth, sweet finish and a semi-firm texture.

Gouda is a Dutch cheese and probably the most common cheese on the market. Usually made from cow’s milk, Gouda is often an umbrella term for cheeses that are Dutch and similar to Gouda.

Another Dutch cheese, Edam is a very close contender to Gouda. So close it’s actually only different in fat percentage. Where Gouda has about 48% fat (it uses whole milk), Edam has about 40% fat since it uses semi skimmed milk.

This results Edam being a drier, slightly less sweet version of Gouda.

Colby is an American cheese and follows a recipe very similar to the one Cheddar uses, but with some important changes. Colby has annatto added during processing, which gives it that orange glow and a slightly spicy taste.

You won’t find aged Colby, and it dries out very quickly since it does not come with a protective coating. 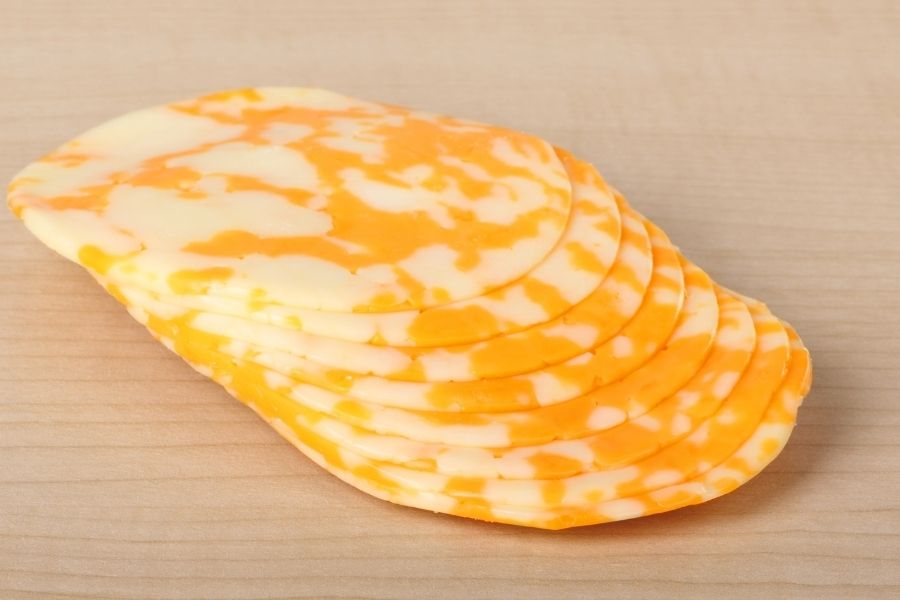 Swiss cheese is more of a category than an actual cheese. It refers to many cheeses made after the recipe of Emmental cheese. You’ll notice these cheeses have holes or ‘eyes’ throughout them. All of these cheeses are made using cow’s milk.

A Danish cheese that has a very buttery, sweet aroma. It’s relatively new compared to other cheese types. It was developed in 1852 in Havarthigaard, which is North of Copenhagen.

Due to the way it’s made, you’ll never find aged Havarti. There are extra whey proteins in the curds, and this makes the cheese develop an off taste as it ages.

Despite being known as a Swedish cheese in American markets, the original Fontina is Italian. It has been produced in the Alps since the 12th century, and that is the only original Fontina cheese.

Cheeses that claim to be fontina but are form a different region or country are derivatives and do not taste the same.

Fontina is actually a very pungent cheese, because the milk used is not pasteurized; it’s raw milk. It also ages very well and develops a nice tan or light brown rind.

Monterey Jack is another American cheese, produced in the same way as Colby, except it does not use annatto. Because they’re so similar you’ll often find it marbled with Colby, and this mix is called Cheddar Jack. Despite the name, it does not contain Cheddar cheese.

So you’ve seen that washed curd cheese is actually very common, and may even be in your home right now. Of course, there re more examples of such cheeses, but these were the most common and famous.

A good thing about washed curd cheese is that most of the lactose is washed and removed during the production process. So if you have a lactose intolerance but it’s only mild, this type of cheese may be safe for you. If you have a severe intolerance it might be safe to steer clear.