Paneer is a fresh, non-melting, and unsalted white cheese that is common in India and surrounding countries, and is a core ingredient in a lot of Indian dishes.

Paneer requires no culturing or aging (ripening), and so it is actually very easy to make Paneer at home. Not only is it easy to use and make, but it is also very versatile, making it an all-time favorite ingredient in the Indian subcontinent.

Yet, what does Paneer cheese taste like? We are here to answer this question, as well as discussing all you need to know about Paneer cheese. 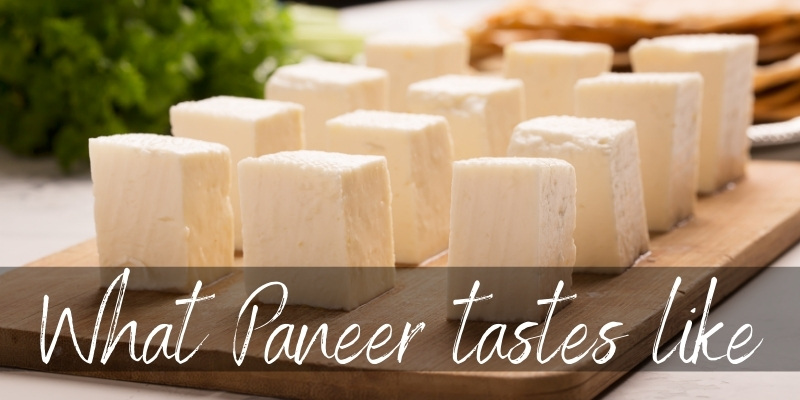 Table Of Content show
1 What does Paneer cheese taste like?
2 What is Paneer cheese?
3 What to substitute Paneer with
4 How to make Paneer at home?
5 Final thoughts

We can describe the Paneer to have a very neutral taste, rather milky and slightly buttery. This makes it very versatile and allows it to be combined with various kinds of dishes and condiments.

Its taste can be compared to other types of white, fresh cheeses like Panela, Ricotta, fresh Mozzarella, unsalted Feta, or Queso Fresco. Paneer is mild and unsalted, or uses very little salt.

Paneer is used in similar ways to tofu in East Asian cuisine (Chinese, Japanese) in how it acts as a neutral-flavored protein that can blends into various flavor profiles, while enhancing the overall flavor. However, Paneer is definitely calorically heavier than the tofu with a richer texture and much more fat.

The texture of the Paneer cheese might vary depending on how it’s made and how it’s cooked. The most common way to eat Paneer is fried in a cube-shape, which when cooked properly can taste like a very tender chicken.

However, although the most common form of Paneer is in cubes, it can be eaten in plenty of other ways like crumbled over the dish (like Parmesan) or even eaten fresh on its own. Paneer cheese is often eaten as a snack together with mint and/or cumin to add a bit of flavor to its mild saltiness.

What is Paneer cheese?

Paneer cheese is traditionally made from buffalo milk in the Indian subcontinent, especially in northern India, Pakistan, Bangladesh, Nepal, and Afghanistan. However, nowadays most Paneer cheese manufacturers use a blend of buffalo and cow milk, and even from 100% cow milk which will produce slightly different texture with lower fat content.

It is believed that the name ‘Paneer’ comes from the word peynir, which is translated as ‘cheese’ in the Persian and Turkish languages. This is why it’s believed that Paneer was originally invented by Persian and Afghan colonials who ruled north India back in the 16th century.

A unique thing about making Paneer cheese is that it doesn’t involve the use of rennet, an enzyme used to coagulate milk to form the curd, which is used in making most Western cheeses. This is because the most common source for rennet is the cow’s stomach, while cows are considered sacred in India and surrounding countries that mainly embrace Hinduism.

To avoid the use of rennet, the Paneer cheese is mainly made by adding an acidic material —commonly lemon juice but we can also use vinegar, citric acid, yogurt, and even hot milk— to separate the whey from the curds. This method is believed to be introduced by the Portugues in Bengal, back in the 17th century.

The curds are then strained before shaped into a large block, which is then cut into the cube-shaped Paneer we know. Paneer cheese doesn’t melt, and as we’ve discussed, is not aged and doesn’t need a starter culture.

This process creates a soft but firm and fluffy cheese, similar in texture to that of firm tofu. Paneer can retain its cubed shape for a long time even when cooked over high heat.

What to substitute Paneer with

If you have to substitute Paneer cheese in your recipe for some reason, there are a few similar cheeses you can use. You will need mild, white, fresh cheese.

Depending on your need, you can use fresh Mozzarella, Panela, ricotta, unsalted feta, queso fresco, or halloumi. If looking for vegan alternatives you can try tofu or almond cheese.

Panela is the closest in terms of texture and can be grilled just as well. I won’t melt and it will keep its shape and texture.

Halloumi is excellent for grilling and frying, though this is a salty cheese to keep that in mind. 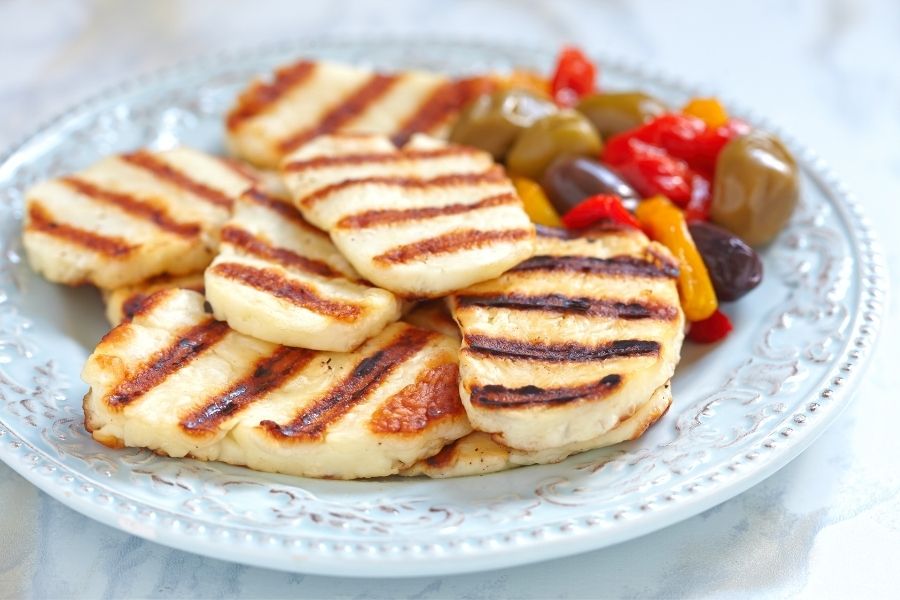 Ricotta is very bland and will work great as a topping that needs to stay fresh, and it’s a bit creamy as well. Queso fresco may be used in the same way.

Feta is also a good choice, especially in a salad or cold platter.

Tofu can be grilled as well, be sure to use the firm one for this. If you want a crumbly cheese, use soft tofu or almond cheese.

Another option, if you’re feeling very DIY, is to make your own Paneer so you have a good stock for the next recipe. Below you’ll find a quick recipe for Paneer.

How to make Paneer at home?

As we’ve mentioned, it’s actually pretty easy to make Paneer cheese at home, and homemade Paneer would taste much fresher than the one sold at many supermarkets.

Whether you use buffalo or cow milk, it’s important to use whole milk with high enough fat to separate into the curds and whey. The better the milk, the better the Paneer cheese you’ll get. 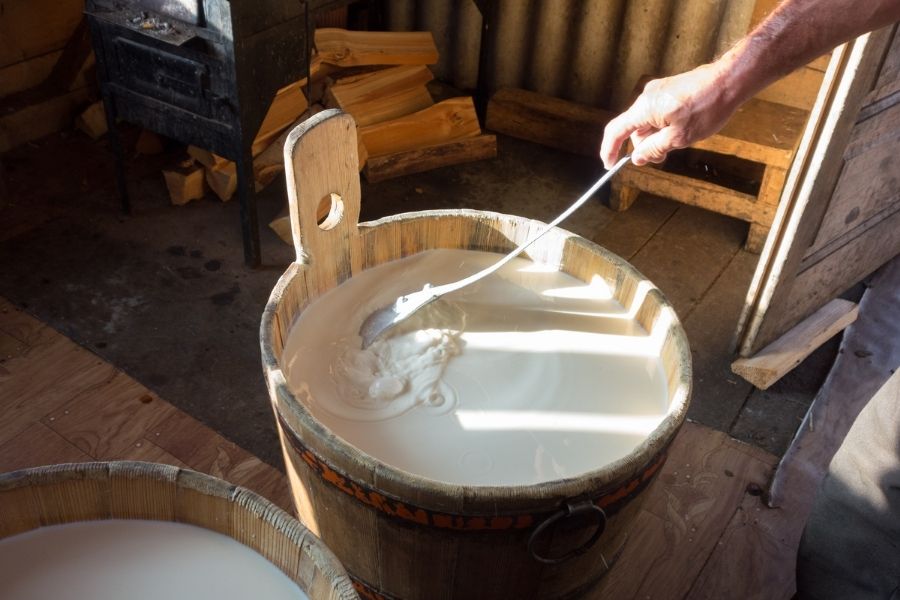 You can follow these steps to make your Paneer:

This cheese will keep in an airtight container for a few days, up to a week. Be sure to not keep it with other flavorings, and that the lid on the container is closed tight.

Read Also:Why Is Cheese So Expensive ?

Paneer cheese is arguably one of the most important ingredients in Indian cuisine, characterized by its neutral-mild flavor and non-melting texture. It becomes a really versatile ingredient that can be included in a wide variety of dishes, Indian or otherwise.

So, start experimenting with your Paneer in your Tikka Masala, curries, and even in your salads.

Paneer is a great alternative for those who would like to swap meat for dairy, and don’t want to go for tofu just yet.