Found yourself with a whole lot of rhubarb and don’t know what part is edible ? If it’s your first time eating this veggies-turned-fruit, then you may think the entire thing is edible.

Well, as it turns out it’s not. One part of rhubarb is poisonous, the other is fine to eat. If you’re not sure which one is safe, read on to find out ! 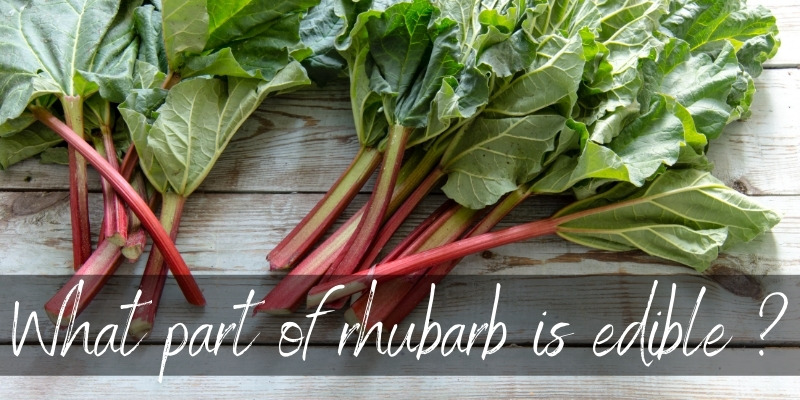 What part of rhubarb is edible ?

The only edible part of a rhubarb is the stalk. The leaves are highly toxic, because they contain oxalic acid. The stalks don’t contain acid and are safe to eat. Most of the time rhubarb is sold without the leaves, but it’s best to remove any if you notice them.

If you have a rhubarb patch in your backyard and also have pets or livestock, fence off the rhubarb. The leaves can le lethal to animals, and it’s better to be safe than sorry.

Can rhubarb stalks be poisonous ?

That being said, you should let the rhubarb plant regrow and replenish after midsummer, so it can come back in spring.

Can you eat the green part of rhubarb ?

Yes, the green part of rhubarb is edible. Most folks know that rhubarb is red, and that’s true. Rhubarb stalks are a deep crimson, but in nature they can vary in color.

If you look closely the stalks are more red towards the lowed end of the stalks, towards the ground. The green part close to the leaves is still edible. 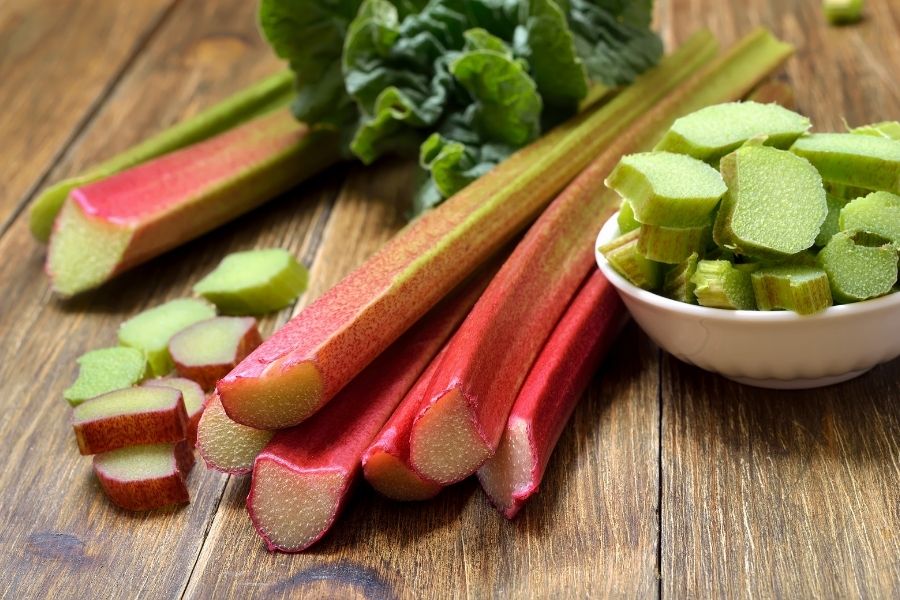 There’s also hothouse rhubarb. That is a type of rhubarb that almost always grows a bright red stalk, and it’s what may throw off most people.

So in short yes, you can eat the green part of a rhubarb stalk. It will vary in color according to genetics, with some types having more red pigment then others but all are edible.

When should you not eat rhubarb ?

This applies for open-air rhubarb farms, which are harvested later in the year than hothouse rhubarb.

Another reason to not eat or harvest rhubarb after midsummer is to let the plant regrow. It has to grow big, fresh leaves in order to feed itself, so it can regrow in the spring.

Rhubarb isn’t a heat-loving plant, so its consistency will change once the blistering heatwaves come. It’s best to leave it alone when that happens.

Is it okay to eat raw rhubarb ?

Yes, you can eat raw rhubarb in several ways. What’s most likely to upset you is the crispy, fibrous texture. But if you love celery stalks then you’ll be fine with rhubarb stalks too.

You can use rhubarb stalks in a few ways. Add them to smoothies, make a cold dip, dip them in a sweet jam or sauce, or juice them ! Rhubarb provides a whole lot of fiber, and this will benefit pretty much anyone.

If you’ve got way too much raw rhubarb on your hands, feel free to chop it up and freeze it ! It can keep for up to 6 months in freezer-safe, airtight bags.

How to pick out great rhubarb

When you’re out and about and looking to buy some fresh rhubarb, take this into consideration. The look and feel of rhubarb will tell you everything you need to know about this veggie-plant.

Look for glossy, plump stalks. They should have no blemishes, and the outer skin should be somewhat glossy. If it’s s little limp it’s best to look for another one because it can and will spoil quickly.

Get any color from green to red. The color of the stalk isn’t as closely associated with the flavor of rhubarb. That is, you can eat the red, green, and red-to-green parts of a rhubarb. 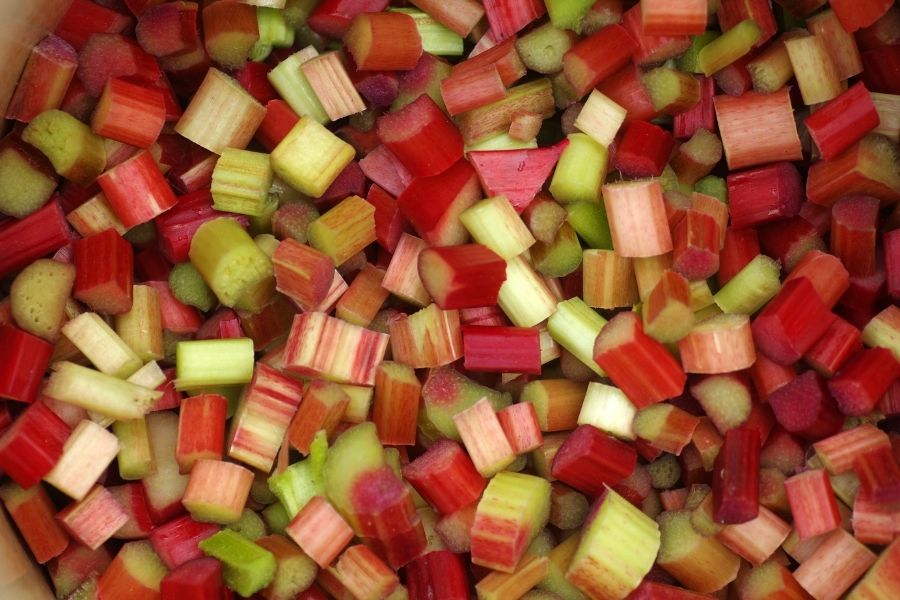 If you really want bright red rhubarb, look for the hothouse ones. They come in around March and last until the end of May.

A dried out end is fine, just like with asparagus. As long as there are no other blemishes or discolorations on the stalks, it should be fine.

Rhubarb is really one of those early summer staples, along with strawberries and cherries. They get you on the mood for a vacation, a picnic, or anything that will be relaxing. We recommend trying rhubarb at least once, if you’ve never had it.

It’s got the most interesting tart flavor, and when sweetened or paired with a fruit (like strawberry) it’s downright refreshing !