Good old American cheese. Nice and soft, melty, a deep golden color and works great with everything. Yes, that’s the cheese most people like and the one you may have grown up with.

But what if, for some reason, you ever run out of American cheese ? what then, what do you use ? Or maybe you’re making a recipe that calls for American cheese and you want to use another, similar type.

Whatever the case you’re going to need a few substitutes. Luckily for you we’ve got just the list ! 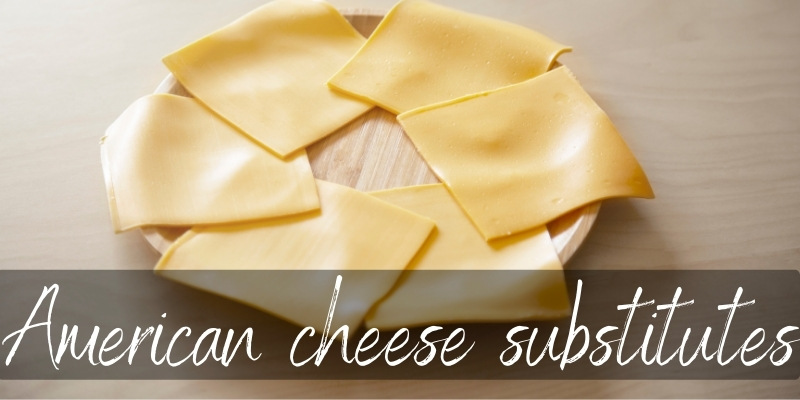 The best American cheese substitute is a mix between Colby and young Cheddar. You can also use mild cheeses like Gouda, Muenster, Monterey Jack, Havarti, or Swiss.

As long as the cheese is semisoft, pliable, and melts well you’re good to go. American cheese is often a mix between Colby and Cheddar anyway, so your best bet would be to use those two.

Now let’s see a list of all those substitutes and how to use each of them. Who knows, you might want to mix and match a few to get an interesting combination !

Colby cheese is by far the most common option, since it’s one of the main ingredients in American cheese (more on that in a minute). Being such a mild cheese, Colby won’t really have any sharpness. It’s a sweet, mild cheese with a  very pale complexion.

It also melts very well, and it’s very easy to find in shops and supermarkets.

The other half of the American cheese duo, Cheddar brings the spice and bite into the mix. Its spicy, nutty notes are due to annatto, a spice that acts as a food coloring.

If using Cheddar make sure to use young, soft Cheddar because the older, crumblier versions simply won’t do. 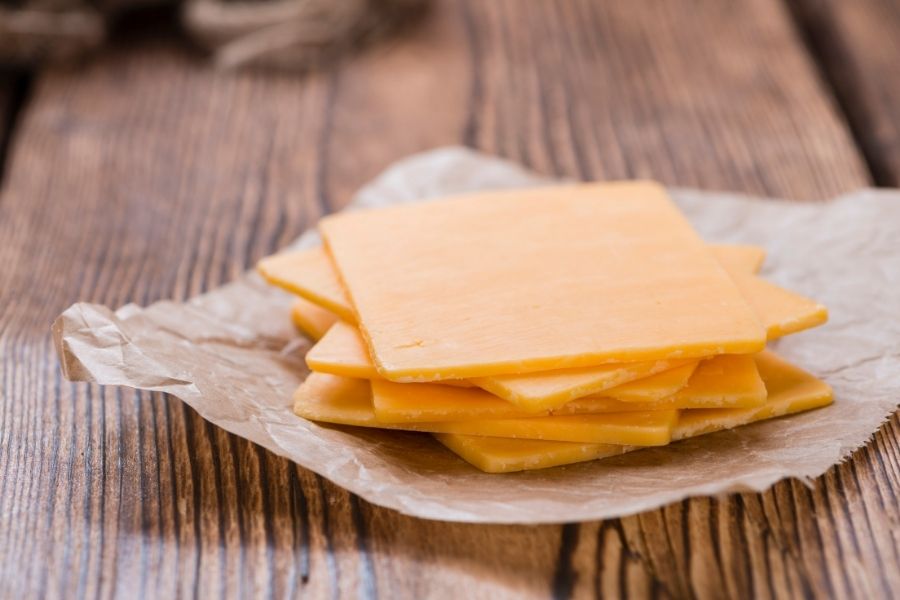 If you’re out of Cheddar you can use Monterey Jack. It’s basically Colby, but with annatto. In fact it might be the best option if you don’t want to use two types of cheese.

Being made after the Colby recipe gives it a soft texture, and sweet finish. And adding annatto gives it that perfect Cheddar note.

You can also opt for Gouda, if all you’re looking for is a milder American cheese. Gouda and Colby can be substituted for one another, and if you’d like you can use both, with just a pinch of Cheddar.

If using Gouda make sure to get the mild, young version because the aged one will become much sweeter. It takes on notes of caramel and gets extra nutty.

This is an American version of a French cheese, and it also uses annatto. The cheese is soft, melts very, very well, and has a sweet and nutty aroma.

It’s easy enough to find, and this one may work the best if you’re trying to replace American cheese in a cheeseburger or something that’s grilled. Again, it melts very well, so it may also be good for mac n cheese.

A Danish cheese, but would pass for an American cheese substitute any day. Havarti has lots of tiny holes called ‘eyes’, and it has a very mild and buttery flavor. It’s more of a Colby kind of cheese.

You know this one. The hole-ridden, classic cheese we all know and love. Swiss cheese doesn’t melt as well as other cheeses on this list, but it will get very soft in a cheeseburger. It has the added bonus of being slightly aged, which means a nuttier, sweeter aroma that will work well in any sandwich.

What is American cheese ?

Okay, we’ve talked about all those substitutes but what is American cheese, really ? This kind of cheese is everywhere and everyone knows the taste but does anyone know what it really is ? What it’s made of ?

Well, apparently there’s a legal requirement that cheese has to meet, in order to be “American cheese”. Any processed cheese that wants to be labeled as “American cheese” needs to be made from Cheddar, Colby, washed curd cheese, or granular cheese, in any combination or at least 2.

Blend between Colby and Cheddar

This led to a phenomenon where most American cheese is now a blend between Colby and Cheddar cheese. As a result of this, cheese producers can make Colby, Cheddar, and American cheese on the same production line.

Not all American cheese if Colby and Cheddar, though. It’s just the most common combination.

American cheese is actual cheese, even if processed. Kraft singles are not even legally cheese, and are only vaguely similar to Cheddar.

There was a time when Kraft singles were prevalent in American culture, as a quick and convenient way of getting cheese onto the table with zero mess.

The problem lies in the taste and texture of the cheese product, which is also why people are slowly moving away from this product.

A very important point when talking about American cheese is its low melting point. This has made it a key ingredient in may cheeseburgers, mac n cheese bowls, pizza toppings, grilled sandwiches, you name it. 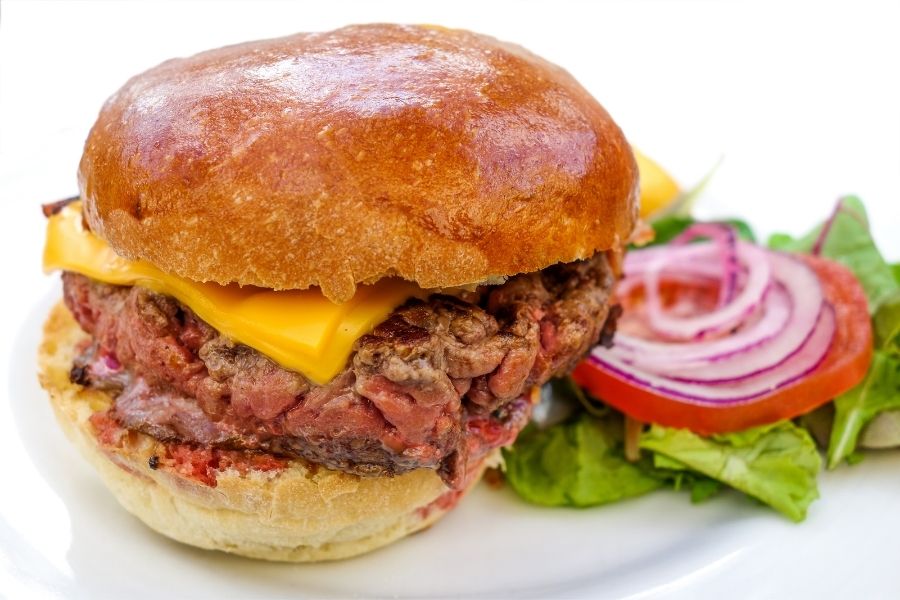 Call it what you want, people love a good melting cheese.

Can American cheese be substituted for Cheddar ?

You could, in theory, substitute American cheese with just Cheddar. This would get you a different flavor but it’s not wrong to do. We think American cheese need a slightly milder, less sweet cheese to balance out the Cheddar.

However if you’d like to use only Cheddar that could work too. Again, remember to use soft, young Cheddar because the aged varieties will be drier and will crumble when sliced.

And that’s pretty much it about American cheese substitutes. This is one of the most common cheeses, and as you can see it can be substituted for some equally common and delicious cheeses.

Whichever you use is up to you, and feel free to mix and match them to your heart’s content !