Ah valerian. Who hasn’t heard of this efficient anxiety and insomnia relief, and who doesn’t know how absolutely stinky it can get ? Despite the smell valerian is heavily used and has been in use for centuries.

So why does it smell ? Why des valerian root stink, and is there anything we can do about it ? Read on to find out ! 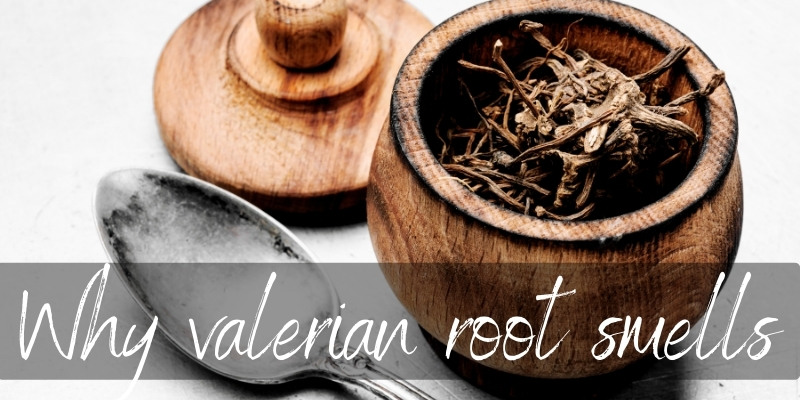 Why does valerian root smell so bad ?

Valerian root has a very strong, pungent smell because of valeric acid, which is an important contributor to valerian’s sedative effect. Valerian root is made up of several key compounds, and all of them together work towards reducing anxiety and aiding sleep.

The earthy, stinky smell of valerian root may remind you of dirty socks or curdled milk, but it’s really a sign that the valerian is still good to use.

If you’re taking valerian capsules they will be very smelly indeed. If you want a less smelly option try valerian root tea. It’s mixed in with other herbs like lavender or chamomile, but it’s also weaker than the capsules.

Does valerian root make you smell ?

No, valerian’s strong smell won’t make you smell. It will stick to your hands, and your breath may smell a little until the capsules are digested, but that’s it.

Valerian won’t come out through your sweat glands and give you a strong body odor, like fried onion or way too much curry. Valerian is pungent, but not that much.

If you’re bothered by the smell on your hands and on your breath, there are a few things you can try. 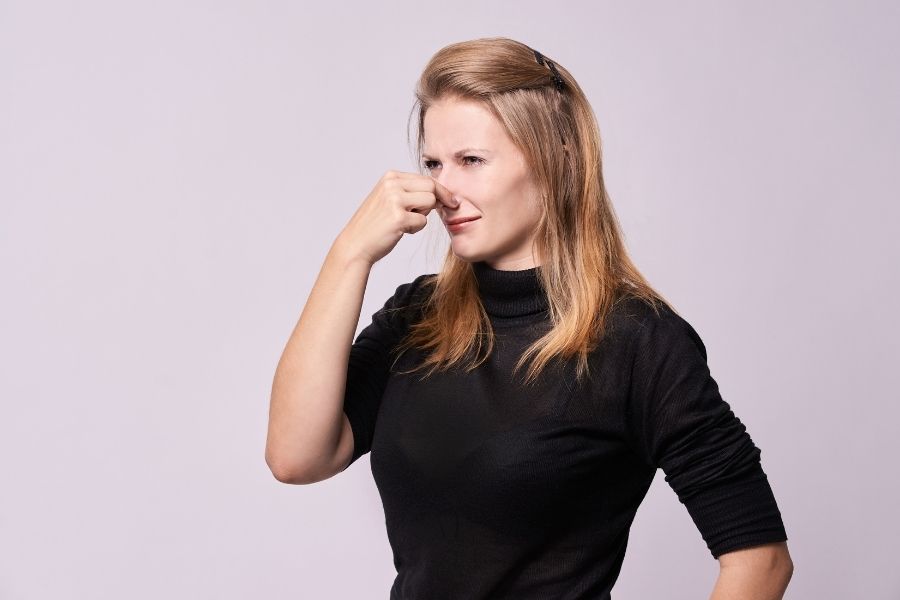 Try washing your hands, but thoroughly. Not with a very strong smelling soap, just any soap will do. Make sure you scrub your hands and palms for about 10 seconds.

For your breath, the problem comes from the stomach. We recommend eating or drinking something very flavorful like mints, or mint tea, a bit of dark chocolate, or whatever you like. Just brushing your teeth won’t be enough, because the problem isn’t there.

Read Also:What To Do With Expired Eggs

How does valerian work for sleep ?

The way valerian root works isn’t very easy to explain if you don’t have a degree in chemistry. We don’t have such a degree, so we’ll do our best to explain things plainly.

There are multiple volatile oils and compounds that make up valerian root. Of these compounds, valerenic acid seems to be the most potent. According to this study it works as an anxiety reducer (and by extension mild sedative), without affecting movement.

However you will always find a statement on the prescription of each valerian package that you should not operate heavy machinery or drive while taking valerian. This is because a small dose is okay, but a larger dose will make you sluggish and numb.

It seems valerenic acid triggers a serotonin response, which may be the reason anxiety is reduced.

In short, the exact way valerian root works to aid sleep is still studied and discussed. This root has been in use for centuries and seems to work very well for those who suffer from anxiety or insomnia.

Because of valerian root’s strong smell you might be looking for options that are less, uh, smelly. Unfortunately there are no such options, because a potent valerian root will always smell.

However you can go for something that’s made with other herbs or spices, like valerian tea. Valerian smells pretty bad even in tea form, but at least mixing it with other scents may make it manageable.

Examples are lemon, lavender, chamomile, lemon balm, cocoa beans, ginger, to name a few. As long as there is no caffeine added to it, valerian root tea can be mixed with pretty much anything to make it taste better. 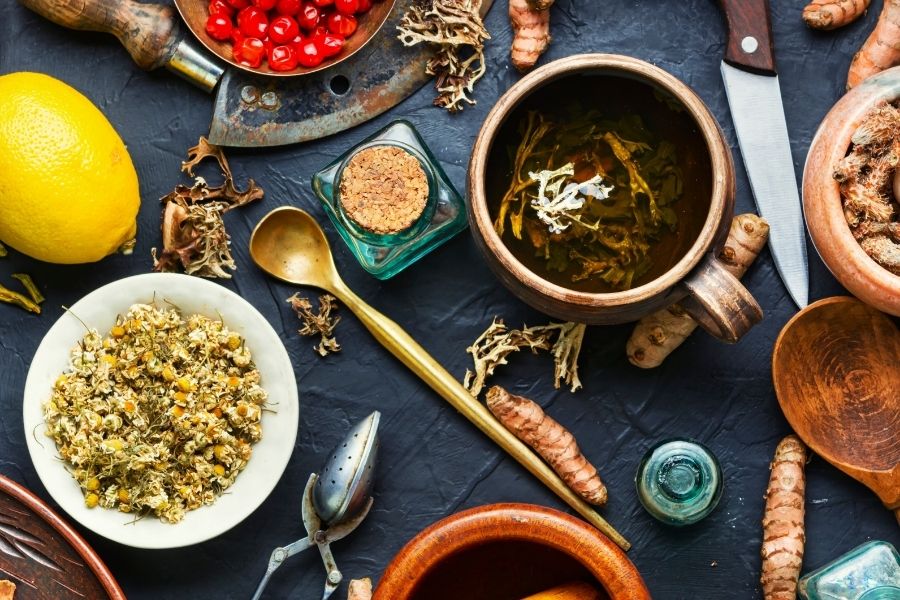 On the other hand, valerian tea is milder and less effective than valerian root capsules or extract. In a teabag you’re only getting a small amount of valerian root, and the rest is filler or the other flavors.

So it depends on what you’re more comfortable with. Temporary smell in the house, but with a greater and faster sedative effect ? Or a masked scent and a mild tea ?

It’s completely up to you, just know that valerian can develop into a habit. Whether it’s in tea form, capsules, root extract, whatever. It’s easy to go from a bit here and there to manage to fall asleep, to daily intake.

While there are no long-term damages (at least observed), relying on it can make things more complicated in the long run. We don’t mean to sound preachy here, it’s just a friendly reminder.

Read Also:Why Are Sardines So Cheap ?

Why is my cat attracted to valerian ?

If you frequently have valerian in or around the house, or even grow it at home, you may have noticed your cat getting way too friendly with it.

This is because valerian is very similar to catnip, in terms of smell that cats can smell (pheromones). Some cats don’t give a hoot about catnip but absolutely love valerian.

If that’s the case with your kitty, don’t worry. It’s safe and unless your cat starts rolling in the flowers and crushing them, everything’s fine. Even then the valerian root will be fine, since the flowers are mostly useless for sedatives or tea.

We hope this managed to answer your question. Valerian root is really one of those herbs that can stop people midsentence but it works very well for insomnia and anxiety.