Well you’re going to need an alternative to apricot jam, otherwise the marzipan won’t stick. It may stick if the fruitcake is wet enough, but that can easily turn into a moist mess and you’ll wait forever for the cake to dry. 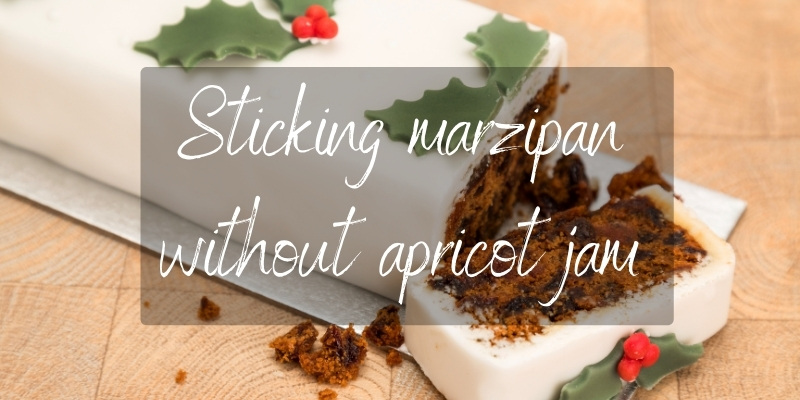 The best alternatives for apricot jam are peach or nectarine jam, cherry jam, or any other seedless jam that you’re okay with. Marmalade works too because it’s got an even texture and a high amount of pectin. And finally, you could try honey or maple syrup in small amounts, just to make sure they don’t drip down the cake.

The whole point of the apricot jam was to give a flavor that pairs well with marzipan’s strong almond flavor. It relies on its pectin content to turn into a jelly once it’s cooled back down. This way the marzipan will stick to the jam even better an create a nice seal on the cake. So the substitutes we’re looking for should have the same qualities.

We offer peach or nectarine jam as a substitute for apricot jam, since they’re not very far off in terms of flavor. The colors are basically the same to the overall effect on the cake won’t be too different. 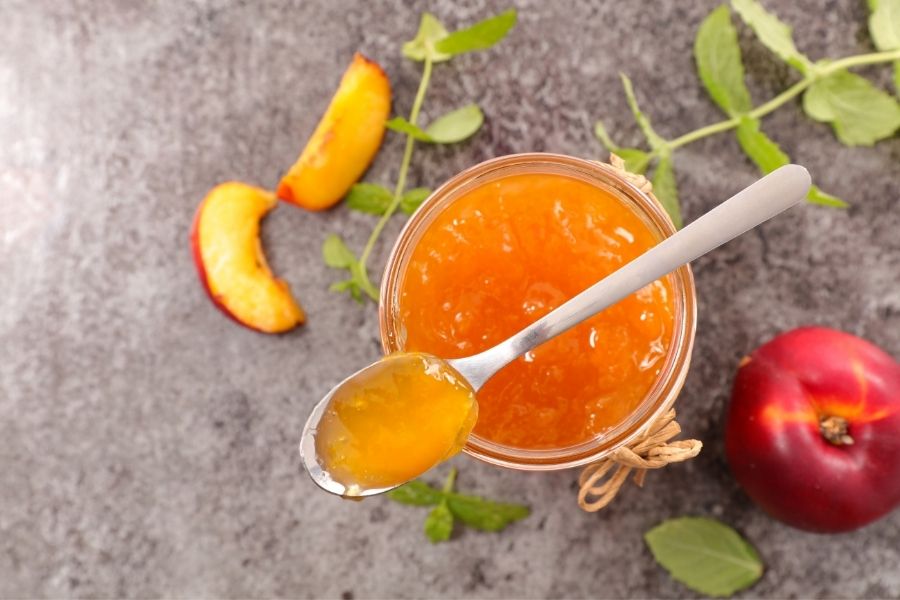 You will have an easier time finding peach jam than nectarine, but it’s definitely possible. To tie in the flavors you could add more dried fruit into the cake, making sure to add more yellow and orange ones like peach, apricot, pineapple, golden raisins, and nuts.

Cherry jam is a nice twist on apricot jam, and in our personal opinion it brings much more of a Christmassy vibe. There’s just something about cherries and winter, the same as oranges and winter.

So finding a thin layer, a hint of cherries under the marzipan would be a nice surprise. And cherries seem to go well with marzipan from the get-go, so that’s a plus.

Any other seedless jam you’re okay with

If neither option sounds great for you, try any other jam you like. As long a it’s seedless you can use it. Or since you’re warming and straining it anyway, you could strain the seeds as well.

Some have suggested that raspberry would work very well under marzipan, so you could go with that. We think strawberry would be too light and fresh, so may a mix of berries would be better. Redcurrant jam would also work great.

We suppose you could use jelly as well, but it may not have enough pectin to keep the marzipan stuck to it.

Try marmalade for no lumps

Another option would be to use marmalade, which has a higher pectin content. It’s usually made of oranges, which is a very Christmassy flavor too, so it works out.

The only thing is that marmalade is a different texture than jam. Where jam is just chunks of fruit with some jelly, marmalade is a lot like someone pureed the fruit and made everything into a paste.

But once you warm it up it should glide right over the cake with no problem. it will also firm up better, creating a stronger hold onto the marzipan.

Warm honey is a nice touch to any fruit cake. The only problem we could think of is whether it would drip too much down the sides of the cake or not. So maybe it would be a good idea to use the honey sparingly, just to make the cake sticky.

Maple syrup is runnier than honey, so you may not even need to warm it up to get it to spread all over the cake. The problem with this and honey is that they may never dry out completely, so the marzipan may not dry well enough for the icing to stick to it. 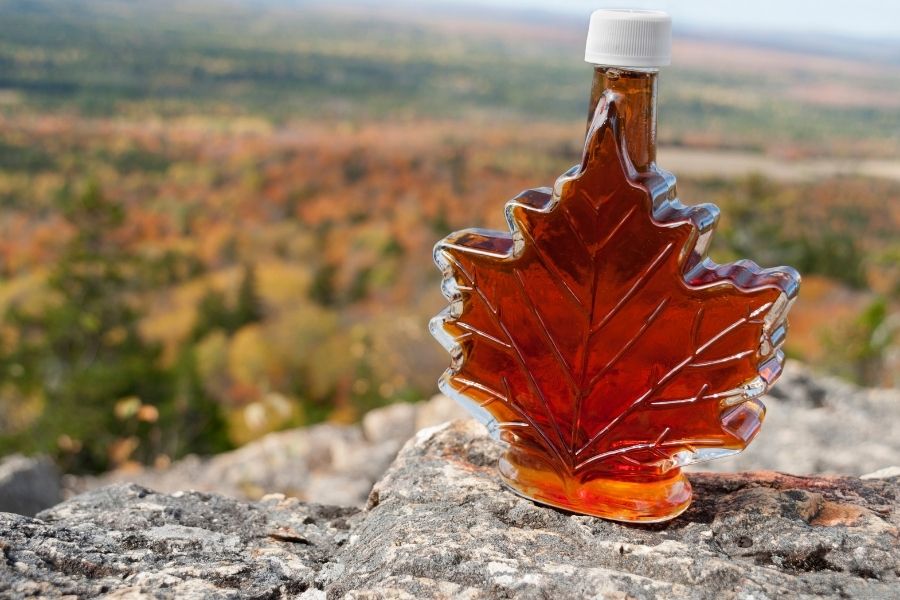 Read Also: Why Is My Jam Not Setting ?

What’s the point of a marzipan layer ?

Marzipan is supposed to seal moisture in fruitcakes. It wouldn’t stick directly to fruitcake, so you need some jam t keep it stuck to the cake itself.

After the marzipan is stuck, it’s supposed to offer a more even outer layer than the cake itself. This will make the layer of icing look much smoother, because that’s what goes on the very outside of the Christmas cake.

A nice feature of marzipan is that it brings a nutty, almond flavor to the fruitcake. This really adds more depth to the whole thing, but makes people even more divided on Christmas cake. If fruitcake is a love it or have it thing, marzipan is even more.