If you’ve never had cheesecake you might be put off by the word ‘cheese’ in it. We know we had a little trouble understanding the concept too, until we discovered cream cheese. Then everything changed.

Cheesecake became one of our most favorite desserts, and what we order half the time. The other half is lava cake !

So how can we describe cheesecake to someone who’s never had an ounce in their life ? We assure you it’s not ‘cheese’, so don’t worry ! 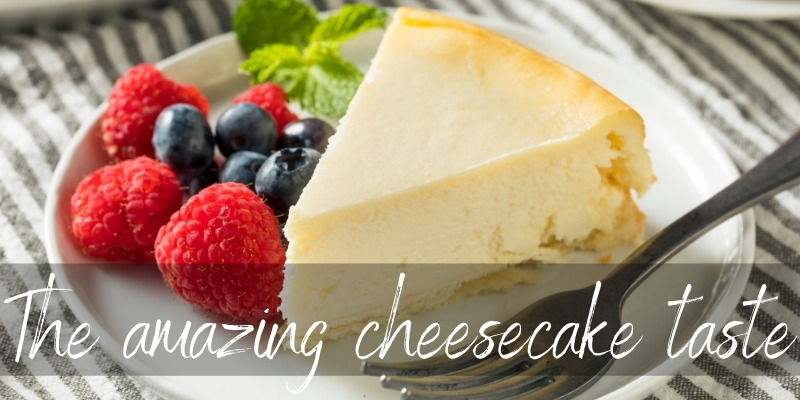 Cheesecake tastes very much like cream cheese, with a sweet and slightly tangy finish. It’s rich, and creamy. The base is a graham cracker or digestive biscuit and butter mix. If it’s a baked cheesecake then the added eggs and cornstarch will give it an even denser, rich feel.

A lot like a very thick custard, cheesecake is decadent, wonderful when completely chilled, and very hard to stop eating.

You’ll notice that most of the time cheesecake has a topping. Usually it’s fruits or some fruit jelly, and the most loved topping in America is strawberry.

Even so, Nutella or chocolate cheesecakes are a thing. So are peanut, maple, pecan, vanilla, or lemon cheesecakes.

In short, cheesecake taste rich, creamy, slightly tangy and may be flavored with your most loved sweet snack !

Read also: Does Cheesecake Have Eggs ?

Why does cheesecake taste sour ?

Cheesecake can taste just a little sour (tangy, actually) because it’s made of cream cheese. Traditional New York cheesecake is baked, and this changes the flavor of cream cheese a little.

It becomes a little tangy, but does not cross into ‘cheese’ territory. If you find the tanginess too much, we suggest going to the no-bake cheesecake.

Like traditional cheesecake, it has a bottom crust made up of graham crackers or digestives, crushed and mixed with butter to form something like wet sand. This is done in a springform, and the crust can sometimes reach up the sides.

Then the filling is made of whipped cream cheese and whatever flavoring you like, and poured into the springform. Then, it’s topped with a fruit jelly, chocolate sauce, caramel, anything you like.

The entire ‘cake’ is then left in the fridge for several hours, or overnight (best option).

In the end it’s a very fresh, light cheesecake that’s more on the creamy side than the baked version. In our very personal opinion this is the best cheesecake, and we’re willing to fight anyone who disagrees.

Is cheesecake a flavor ?

Cheesecake can be a flavor, yes, especially in countries where cheesecake is prevalent. Usually it’s made up of cream cheese, a bit of biscuit, and a fruit flavor like strawberry or forest fruits.

You’ll find this in some ice creams, cakes, cookies, doughnuts, pastries, or whatever else is sweet and can be sold. 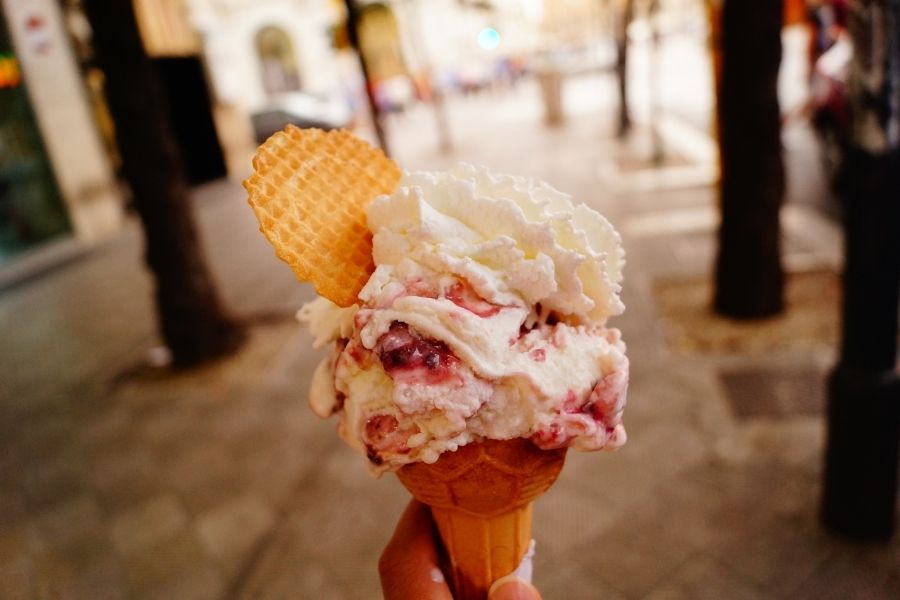 Unfortunately there doesn’t seem to be any legislation for this, so in some places you’ll find the flavor made one way, and in some places it might be different.

Even so, we suggest you at least try it. It might be a good way for your to figure out if you’re ever like cheesecake.

You’ve heard (read) us talk about the New York cheesecake, and the no-bake cheesecake. You might be confused because where you’re from cheesecake is never baked.

This actually happens to a lot of people. We’re not entirely sure who made cheesecake first, but we know the ‘traditional’ one is from New York. It’s the one that’s baked and requires eggs, cream, cream cheese, sugar, cornstarch, and a few other ingredients.

It’s also one of the most frustrating desserts to bake, because just when you think you’ve got a smooth, golden top it starts to crack. Worse, it can deflate if you’re not careful when handling the cooling process.

In contrast, the no-bake version is easier to make and requires less ingredients. It’s got more of a summery, ice cream vibe than the baked one.

All you need is the springform, cookie base, cream cheese, and topping. And a functioning fridge. And the willingness to wait for it to chill.

Both are perfectly wonderful cheesecakes on their own, and they’ve got a large fanbase. While you can’t say one is objectively better than the other (even if we just said we love the no-bake one), you can’t deny the no-bake is easier.

Less fussy, minimal supervision, and easy to make another batch if you need some. 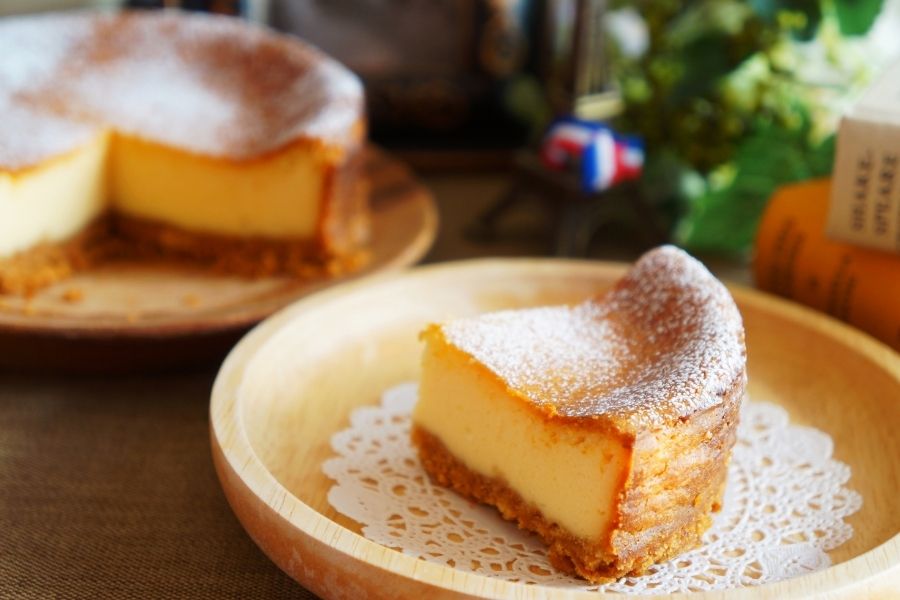 And as a final treat, we also have the Basque cheesecake. This resembles the baked version, but not as much. It has no cookie base, it needs high heat, it wants to crack, and is absolutely has to look deflated.

This one’s got a nice caramel, slightly crispy outer edge. It’s made entirely of the filling for NY cheesecake, and it’s meant to fluffy up and burn a little (okay, a lot).

Some of our favorite ideas for cheesecake are:

You can find tons of recipes for all of these cheesecakes everywhere, especially if you look them up on Pinterest. You can find everything there.

Still, possibly the best cheesecakes are the simple cream-and-fruit ones. They don’t distract you, they’re easy to enjoy and you know what you’re eating. Why not give cheesecake a go this weekend ?

But I can assure you that not many people don’t like the taste of cheesecake, so if you haven’t had any cheesecake yet, what stops you?