When you go to make your favorite bell pepper recipe, you always end up carving out the seeds and the whitish membrane. It’s something you’ve seen your parents and grandparents and chefs all over the world doing. It may not even be something you’ve actively thought about before.

Pepper seeds are edible, but very spicy. The seeds from something like a jalapeno, bird’s eye chili, or even a habanero are incredibly hot and you will definitely feel them. So if you’re cooking with hot peppers, be sure to remove the seeds, unless you want the spiciest food around.

The seeds contain most of the heat

The seeds and the whitish membrane (called placenta) inside a hot pepper contain most of the capsaicin in a pepper. This means that if you remove them, you can easily dial down the heat. Or, if you want to keep some heat, take out the seeds but leave the placenta.

Read also: Do You Cook Bell Peppers Before Stuffing Them ?

You’ve definitely have some tacos or burgers or burritos, maybe even a pizza, with jalapeno slices. Have you ever noticed how the very middle, with the seeds, was the hottest ?

It’s up to you if you want to eat the seeds of a hot pepper. They’re definitely edible, but they pack a very big punch, so be careful.

You can make your own spicy sauce with pepper seeds

Some of the best, spiciest sauce is made using very simple ingredients. Chili seeds (or just any hot pepper seeds), lightly heated in plain vegetable oil. Transfer to a small dish, seeds and all, and spoon over your meal. Be careful, this is one of the hottest things you can ever make. Why ?

Because capsaicin dissolves very well in fat and oil, and by heating it you make it even stronger. The good thing is that the sauce can last for a couple of weeks, if you seal it tightly after each use. 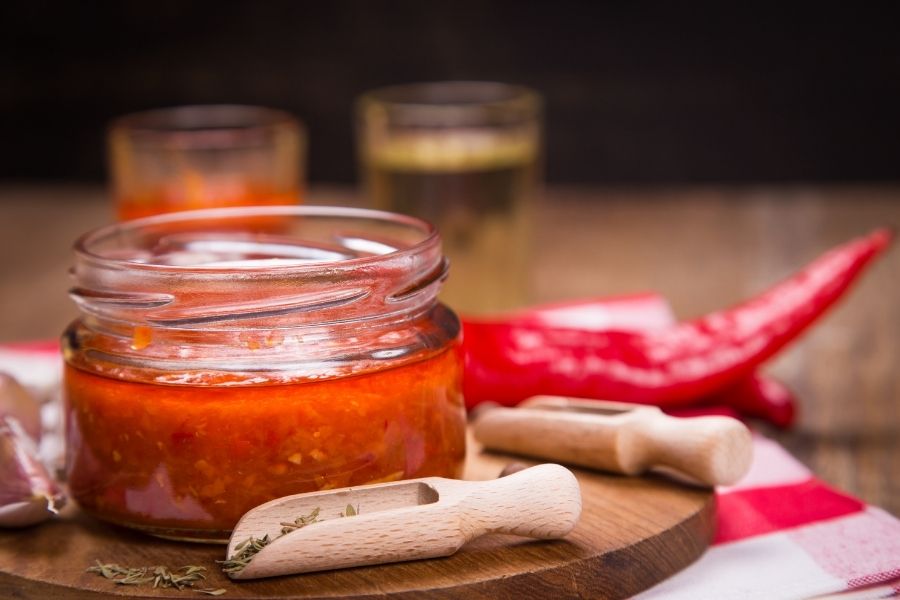 Yes, bell pepper seeds are edible and they can be in your food without a problem. They have a very specific, earthy, bitter taste that may be off putting for many people. But if you like green bell peppers, you’re likely to like the seeds as well.

The only problem is the texture of bell pepper seeds. They’re tougher and harder to chew than hot pepper seeds, and also larger. So you might notice them while chewing your food. This can annoy some people, and it’s understandable.

If you’re cooking for several people, keep in mind the bitterness of bell pepper seeds. The ones from red and orange bells are not as bitter, since they’re the most mature bells and might even be sweet.

But if you’re using green bells, you might have to omit the seeds. Again, think of your guests and which of them would like that flavor. If they’d be fine with it, go ahead and use the seeds too !

Can you eat bell pepper with black seeds ?

Sometimes when you cut into a bell pepper – or any pepper – you find the seeds have a black or brown color. They’re fine, because it’s just the result of the pepper growing a bit poorly on the vine.

This can be a genetic defect in the entire bell pepper lot, or it can be that particular bell didn’t get enough sunlight, or maybe the weather was bed at some point.

Whatever the case, a few black or brown seeds are not a problem. You may want to remove them anyway, but you don’t need to throw out the entire bell.

What can you do with bell pepper seeds ?

The bell peppers you likely bought from the supermarket won’t sprout, or they won’t produce a big, shiny bell. This is due to several reasons such as:

For some reason or another, the bell peppers grown for commercial use are not able to reproduce, You need a packet of bell pepper seeds each time you want to sow a new crop. This is the same with eggplants and tomatoes.

Why is there a pepper inside my pepper ?

You might be inclined to think the pepper is ‘having a baby’, but in reality it’s not that. Peppers, like any other fruit and vegetable, reproduce by spreading their seeds on the ground, from which a plant with a flower grows.

The ‘baby’ pepper you see is an anomaly, like a double fertilized pepper. Think of it rather as its under-developed twin, rather than its baby. There is currently no real scientific explanation for why this happens. The same has been observed with oranges.

Don’t worry though. Your pepper is edible, both the small one and the regular pepper.