Bell pepper is a mainstay in Western cuisine, especially when it comes to very hearty, filling dishes. It’s also commonly found alongside its brothers, the hot peppers. But like hot peppers, bell peppers are part of the nightshade family, along with tomatoes and eggplants.

Some folks are allergic to all nightshades, so a bell pepper substitute has to be used. Or, maybe they’re not allergic but simply don’t like the extra crunch of a bell pepper. Or maybe there are no bell peppers to be found, at all !

Whatever the case, we’ve compiled a list of the most common bell pepper substitutes. Most of these are aimed towards flavor and crunch, and provide minimal heat. 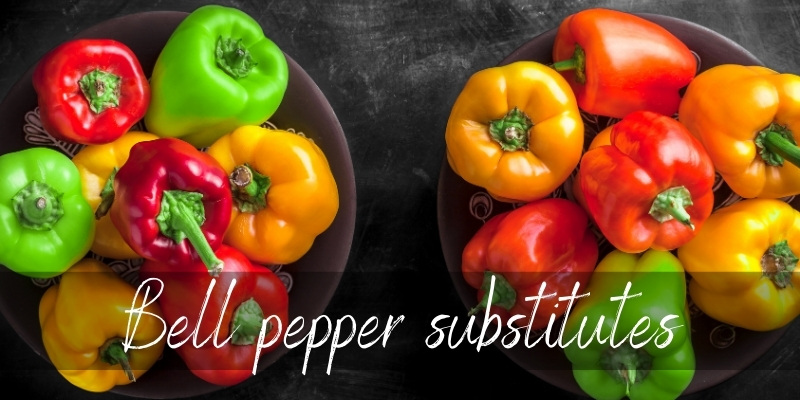 When substituting bell peppers you have to think of what you’re aiming for: flavor, crunch, color, no nightshades, or a complete dupe ? Most of the options you’ll see on this list are meant to bring a pepper flavor, with minimal amount of heat. Bell peppers are not the only sweet peppers out there, but they are the most common.

They bring a nice, earthy note to food and if used in all their colors they bring a nice pop to any dish you serve. So, choose your substitute accordingly.

Kapia peppers are generally a deep red, and may be found in green sometimes. They’re not very common in America, but they’re more common in Europe.  They’re sweet, and have absolutely no heat. Generally yield as much veggie as a regular bell pepper. They have a different shape, long, wide, and tapered at the end, like an oversized, flattened red jalapeno.

If you’re looking for a pepper to stuff this is a good option.

Poblanos are much easier to find in America, and they’re possibly your next best shot if you can’t find Kapia. They’re a thick, glossy green but don’t have as bitter of a taste as green bells. They have a very mild heat, but you can easily remove the seeds and placenta from the inside. These can be stuffed. 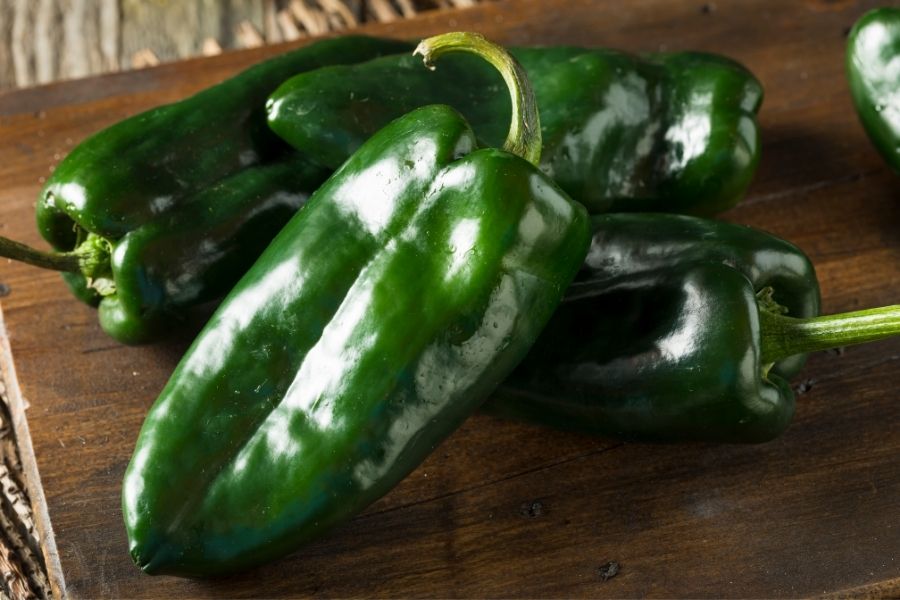 Anaheim peppers are like longer, thinner poblanos. They too are mostly green, though you can sometimes find them in red as well. And like poblanos, they are mildly spicy so you may want to remove the seeds and placenta.

Cubanelle peppers are slightly larger, tapered but more rounded than the previous options. They’re sold either in light green – barely ripe, more like green bells – and deep red, in a sweeter form.

It’s a bit spicier than Anaheim and Poblanos, and has a thinner flesh than bell peppers. These are good for stuffing as well, just remember to remove the seeds and placenta.

These are small, yellowish peppers that are completely mild. Most of the time you will find them pickled form, and under names like Greek pepper, or Italian pepper, or Tuscan pepper.

As they’re small, stuffing them would be a real chore. They can substitute chopped bell peppers wonderfully in any salad on sandwich though.

These are bright red peppers that resemble a cherry in terms of looks. They’re round, smaller than a bell pepper but larger than pepperoncini. They are very mild, almost like bell peppers. They’re about as big as a tomato, so you could stuff them and sit them upright without a problem.

If nightshades of any kind are the problem, they go for raw cabbage. Whichever you use is up to you, both red and green cabbage are great as long as they’re finely shredded.

These will provide some color and crunch to any salad or sandwich, especially if you leave them raw. We recommend throwing in some thinly sliced onions and you’ve got a really nice mix going.

Zucchini will bring a lot of green and crunch to your meal, as long as you don’t cook it. It cooks through very quickly, so if you’re serving it with something hot make sure to cut it thick. Maybe as thick as a normal slice of bell pepper.

You can leave the skin on the zucchini, as long as it’s been thoroughly washed.

Celery may be the best crunch you can get, and with a nice flavor too. It resembles bell pepper in a way, without actually being a nightshade. It brings a nice spicy, earthy note to the meal. Be sure to cut it thin !

Onions are everyone’s best friend, so they’re bound to add quite a bit of flavor to your meal. If the food already has onions, feel free to use spring onions for a different crunch. Plus, the green leaves will really add some nice color.

Those big, ribbed tomatoes are possibly the best thing ever on a sandwich or in any place you need big slices of veggie. They’re not overly juicy, so you can easily chop them into a salad without making it soggy. 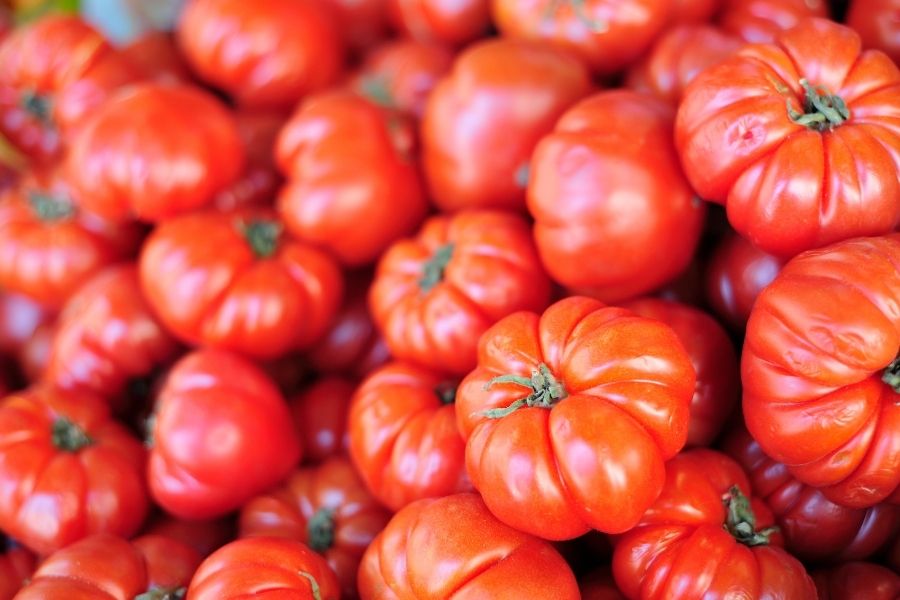 And they’re red, so if you’re looking to replace red bells ten tomatoes are definitely a great option. Remember, it’s nightshade, so if you have an allergy you may want to skip this.

Oh, and since beefsteaks are so big and have thick outer skins, you can easily scoop out the insides and stuff them like you would bells !

Are bell peppers and paprika the same ?

Bell peppers are usually what paprika is made of, yes. The original paprika is a product of the chili expansion throughout the world, which was back when Central America was discovered. It was part of the local cuisine and looked pretty much like today, only it was spicy as it was made from chilies.

Can green peppers be substituted for red peppers ?

In short, you can use green peppers in place of red, or the other way around, as long as you don’t mind the extra bitterness.