Salmon is perhaps the first fish that comes to anyone’s mind when you say you’re having fish for dinner. But there are so many other delicious fish out there that it’s a shame to not explore them. So today we’re taking a look at salmon substitutes, and focusing on the fish that do resemble salmon the most, but are maybe cheaper, easier to find, or just offer something similar while not being salmon. So let’s take a look at what we can substitute salmon with.

Steelhead trout is the closest you can get to salmon in terms of looks, flavor, and, texture. The steelhead trout lives most of its life in the ocean, in coastal waters, and its diet is very similar to that of salmon so the coloring in the flesh and the flavor of the meat will be very similar. 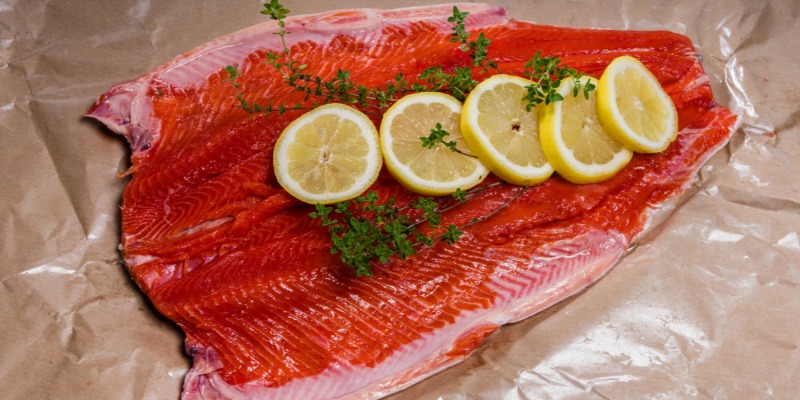 Steelhead is a version of rainbow trout that has naturally adapted to the ocean water, and like salmon reproduces in freshwater and then migrates to the ocean as it reaches adulthood, only returning to freshwater streams to reproduce.

You can find these fish in most U.S. grocery stores, either fresh or frozen. As with salmon, I recommend you try your best to get fresh steelhead for better texture and flavor.

Read also: Does Salmon Have Bones ?

If steelhead isn’t an option try rainbow trout. The key difference between rainbow and steelhead is where the fish resides. Rainbow trout is a freshwater fish, and never goes into the ocean. It’s milder in flavor than salmon, not as fatty, and has a paler orange-pink flesh. 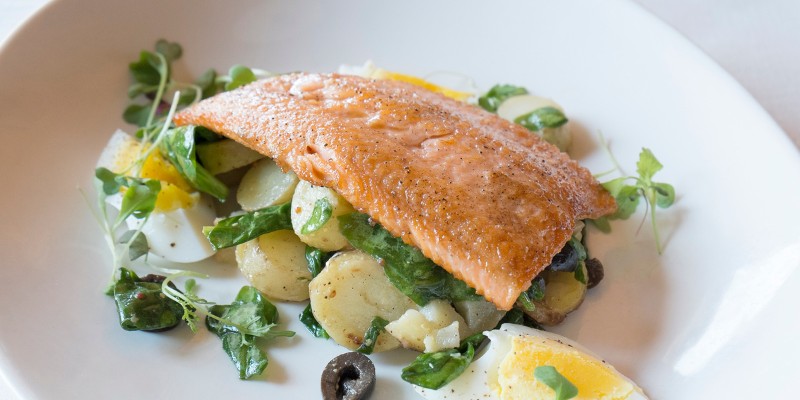 It’s also easier to get a hold of fresh rainbow trout than steelhead, since these fish are freshwater fish and you don’t to be near the coastline to get fresh rainbow trout. It won’t be as similar to salmon as steelhead is, but it will be similar enough.

Both steelhead and rainbow trout can be cooked in the exact same way as salmon: grilled, baked, pan-seared, Wellington, you name it, it can be done. Their texture is virtually the same, so the fish will hold up the same.

Mackerel is another ocean fish, but it looks and tastes quite different from salmon. However this is also an oily, fatty fish rich in Omega-3 and has plenty of flavor. Perhaps too much for some people, since mackerel is a fish often served with lemon and/or garlic to tone it down. 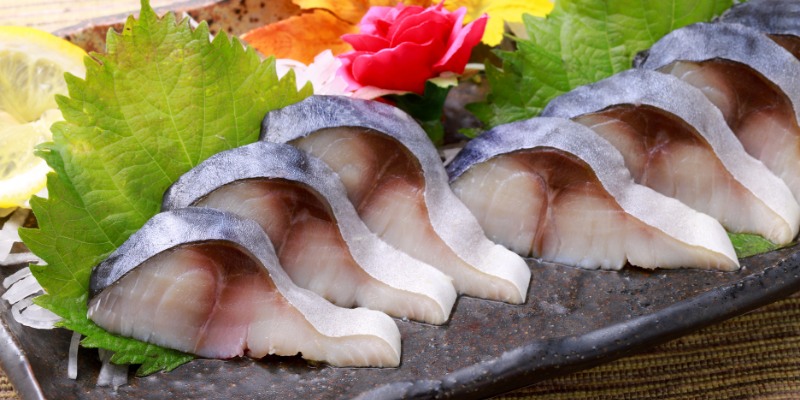 Mackerel will require you to carefully look for the pin bones before cooking. Unlike salmon these fish don’t get very large so even fillets will have some pin bones in them. To fins them before cooking, run a finger on the meat, where the ribs would be meeting the spine. You should find the pin bones easily this way. You can remove them with fish tweezers, or disinfected pliers that you wash and disinfect at the end.

Mackerel is a far flakier fish than salmon, so it may be best to cook it in a way that doesn’t involve flipping it too much. otherwise it may break apart. So something like poaching and roasting are a good option. Don’t try grilling, unless you have a way of un-sticking the skin form the grill.

Read also: Why Is Canned Tuna So Cheap ?

Sardines are very well known but mostly for their canned version. While those are still fine, I’m talking about fresh sardines. Still very fishy, very oily, but a delight once you cook them right. Since they’re so small they can still be safely eaten whole, though I recommend you remove the heads and gut these fish, just to be hygienic and ensure you get a good enough flavor.

Small and fresh sardines are more difficult to find than other fish, but if you’re in an area that has them, or have easy access to frozen sardines even those will be good. 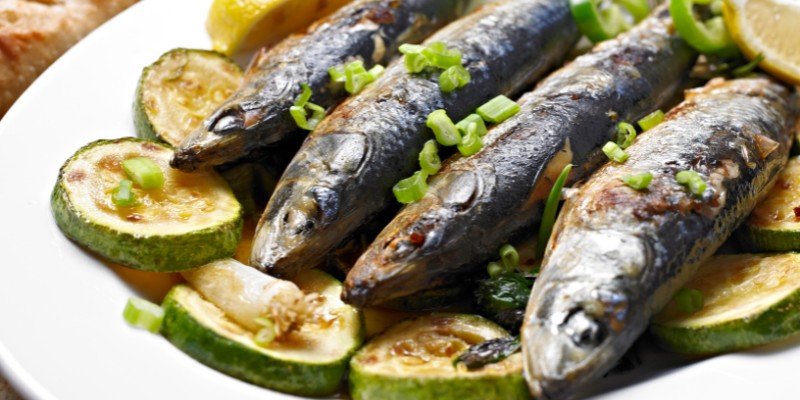 The bones in sardines, when the fish is small enough, are small and tender enough to chew into and don’t pose a health risk. Again, these are the tiny sardines that you would usually find in cans. The larger ones aren’t as easy to eat with the bones and you should always de-bone those.

Fresh sardines, when so small, can easily be cooked whole, and perhaps one of the best ways is to bread and fry them. Or, throw them in a hot frying pan with just a bit of cooking oil and a lid and they’re done in a couple of minutes. Again, these are the tiny, 2-3 inch sardines I’m talking about here.

To retain the wonderful color of salmon, you can always use shrimp, even if it’s seafood but not actual fish. Once cooked shrimp turn a lovely shade of orange-pink, which makes them a really good visual substitute for salmon, and a similar enough flavor. In truth shrimp have a very mild flavor, very mild. They don’t taste nearly as fishy as salmon does, but they get most of the job done. 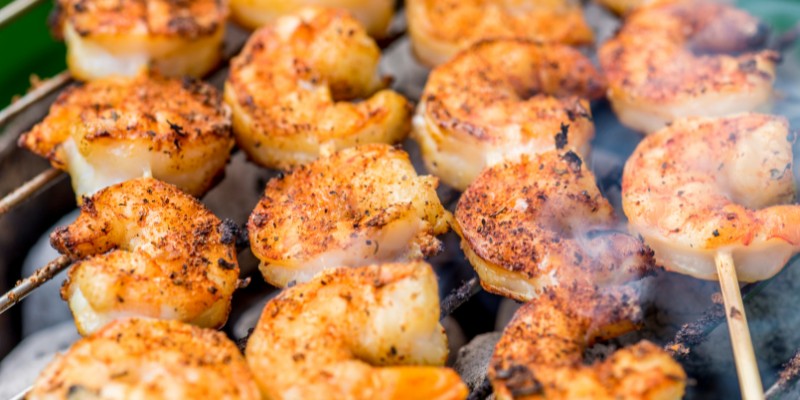 The best thing about these orange boys is they’re easy to cook (about 1 minute), and they’re not that hard to find. The only issues are the veins and scales on them. Even if they’re more expensive, do yourself a favor and get the de-veined ones. Not only does it save you a lot of time, it also gets you pure shrimp meat, no veins or scales to remove.

Can you substitute tuna for salmon ?

Tuna and salmon are very different fish, taste different, and cook differently. I wouldn’t recommend substituting tuna for salmon for several reasons, including:

In short, I wouldn’t swap tuna for salmon because they are very different fish and they taste very different. This does not make tuna a bad fish, not at all. It’s just not a good substitute for salmon, except maybe in sushi.